News on NXT ring entrances being cut back on 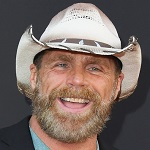 WWE NXT TV entrances were reportedly cut back earlier this year due to a theory on fans switching the channel to AEW Dynamite.

While this is no longer an issue due to NXT moving to Tuesday nights, the Wrestling Observer Newsletter reports that WWE Hall of Famer Shawn Michaels, who works as a NXT Producer, felt that long ring entrances gave viewers more time to check out AEW. This is one of the reasons time for NXT entrances was cut back on.

The story going around WWE is that Shawn’s wife Rebecca was watching NXT and reportedly told him that she thought the ring entrances were too long, and giving people too much time to switch channels. Michaels reportedly brought that up to Triple H, and that contributed to the change being made.

There’s also the idea of cutting back on ring entrances as a way to have more time for in-ring action and angles.