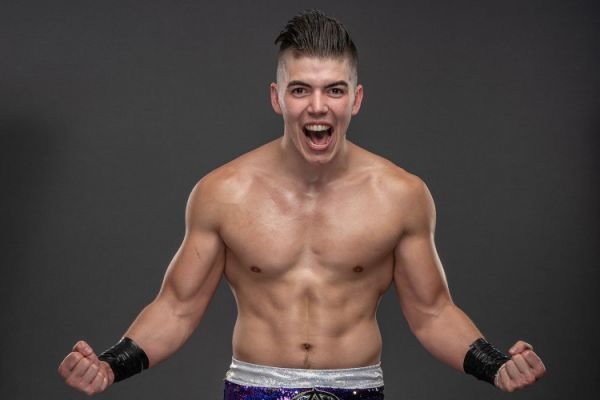 Busted Open Radio recently interviewed AEW star Sammy Guevara, who discussed getting advice from the older wrestling veterans signed to AEW. Below are some highlights (via WrestlingInc.com):

Sammy Guevara on how helpful Chris Jericho is to him: “Man there’s so many. Just taking your time in between the moments, structuring certain things. He’s such a mastermind at this. There’s a reason he’s been doing this longer than I’ve been alive. And so anytime he says something I always try to just take it. And even if I don’t see what he’s seeing, I try to understand it from where he’s coming from. Then by the end of it I’m like, ‘Okay, now this makes sense.’ He kind of has a different way of thinking. I don’t even know. He’s a genius. There’s so many lessons this dude has taught me and too many to really say, to be honest.”

Guevara on if he plans to seek Paul Wight and Mark Henry for advice: “Oh 100%. I feel like if anybody backstage, any of the young guys, are not talking to any of these guys, they’re stupid. We have so many people backstage with years and years of experience. So any time man. Just talking to Dean Malenko. Even if he’s not telling me about ring stuff, just hearing me stories from on the road. It’s just so interesting how times have changed and all the fun road stories that he tells. I love talking to any of these guys. I look forward to having some conversations with Mark Henry and he can tell me some stuff.”

Guevara on his go-to producer for advice: “Jerry Lynn. I like Jerry Lynn. He kind of understands where I’m coming from. Where I’m trying to do some crazy thing or what not, like I’m trying to be remembered in that moment. But he also kind of structures certain things in a certain way like where it’s ‘well we can’t do that right here because of this reason.’ He kind of brings me back to earth, but like in such a way that I’m not offended by it or whatever. Jerry just has a way of talking to people, and he’s such a nice guy. He was our agent for my match at Revolution with Darby. And we wanted to do some crazy thing into the crowd and Jerry was like ‘eh, you guys can’t do that.’ And we ended up going with the 630 through the table. So yeah, Jerry’s definitely a great guy.”