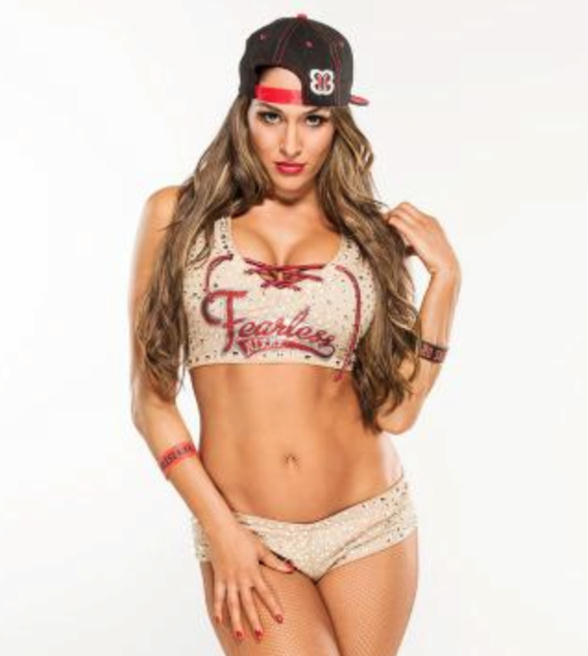 In an interview with ET Online, Nikki Bella explained why she thanked John Cena during her WWE Hall of Fame speech earlier this year. Here are highlights:

Nikki on being inducted into the WWE Hall of Fame: “I think in the Hollywood industry, when you win that Oscar, that is your greatest achievement,” Nikki adds. “So in our industry, that’s being inducted in the Hall of Fame, and it’s just like Brie said, the most incredible feeling, the most incredible honor and I still just can’t believe it. It’s so surreal. It’s so amazing.”

Nikki on thanking John Cena in her speech: “I didn’t think anything about it because when you’re in those moments at the Hall of Fame, you really look at your career and you’re like, ‘Who was there, who helped me along the way?’ And so much of the time people will talk about themselves, and for me, I look at my career and I know that wasn’t just because of me. It was Brie, it was the Bella army, it was the producers, all the people that believed in me, and John was a big part of that. He really helped me be that fearless side and showed me a part of that world that I never saw before. I think just because you have breakups or whatever it may be, doesn’t mean you can’t thank those people and just truly be so grateful for the help that they had.”

Brie on a possible return to the ring: “So we definitely talk about it. The one thing is that WWE brought the women’s tag team titles and we’re like, wait a second, how did the Bellas not have this on their resume? So, it’s so tempting because we would love to go fight for the tag titles because that’s all we’ve ever been is a tag team. And I think another thing too, is now that Birdie’s 4, and we were talking about when the boys get a little older too, to have your kids watch you do what we used to do, to get in that ring would be really special for us. I’ll never forget the moment when I wrestled Stephanie McMahon at SummerSlam, and to see her three little girls, they were little at the time, their faces when we came back, they looked at their mom like she was a superhero. And I was like, ‘I want that one day’.”