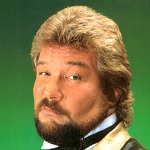 While not officially announced during last night’s WWE NXT show, WWE Hall of Famer “The Million Dollar Man” Ted DiBiase Sr. is being advertised for the upcoming “Takeover: In Your House” event.

As noted, WWE has announced Cameron Grimes vs. LA Knight for the event, to continue the recent “Million Dollar Legacy” storyline with DiBiase. It looks like Ted Sr. will be watching the match from ringside.

WWE noted that Grimes and Knight will be fighting to see who is worthy of carrying on the legacy of The Million Dollar Man. There have been reports on the Million Dollar Title belt being brought back for this storyline, but there’s no word on if it will be presented to the winner at Takeover, or perhaps on the post-Takeover NXT show.

“Takeover: In Your House 2021” will take place on Sunday, June 13 from the Capitol Wrestling Center at the WWE Performance Center in Orlando, Florida. Below is the current card, along with related shots from tonight’s NXT show:

LA Knight vs. Cameron Grimes
WWE Hall of Famer Ted DiBiase Sr. will be at ringside.