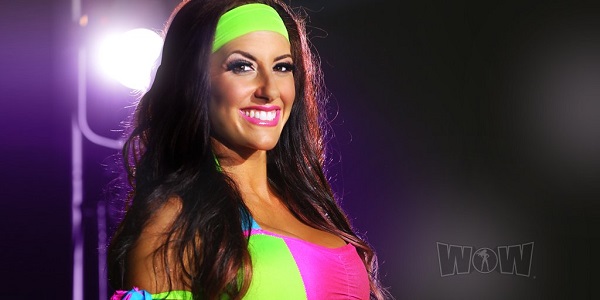 WWE reportedly had plans for Santana Garrett to debut on the SmackDown brand before she was released today.

As noted, WWE announced today that Garrett, Aleister Black, Braun Strowman, Lana, Ruby Riott, and Buddy Murphy have all been released. It was previously reported that the departures were planned as part of more budget cuts.

Now word is that Garrett was scheduled to make her official main roster debut as a SmackDown Superstar, according to PWInsider.

There had been rumors of Garrett being called up after her Women’s Royal Rumble appearance back in January. Her situation was similar to that of the recently released Vanessa Borne, where she never actually made her official main roster debut, and had been waiting for her arrival to be worked into the storylines.

Garrett originally began working with WWE in 2013 and officially signed a contract in 2019 after making various appearances over the years. She last competed in the Women’s Royal Rumble in January, and before that her last singles match was the loss to Mercedes Martinez at NXT’s Great American Bash Night 2 in July 2020.

Stay tuned for more. Below is the full tweet from Garrett: