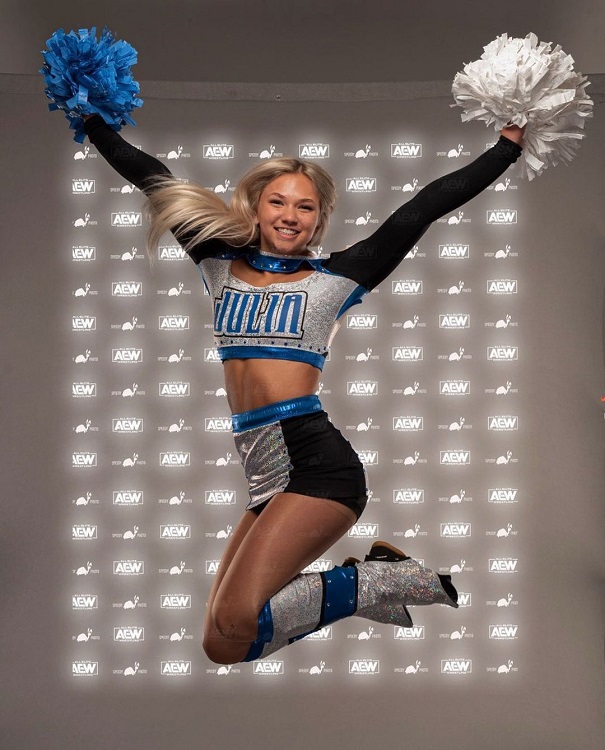 – Hart is a two-time national cheerleading champion.
– Hart wrestled her debut match on November 22, 2019, defeating Alyna at a Midwest All-Star show in St Paul, Minnesota
– On April 2, 2021, Hart officially graduated from the Nightmare Factory
– On April 22, Hart debuted on AEW Dark, losing to Kris Statlander
– In May, Hart aligned with The Varsity Blonds, Brian Pillman Jr & Griff Garrison
– Hart scored her first AEW win on the May 25 episode of Dark, defeating Tesha Price
– In December 2021, Hart was attacked by Malakai Black, causing her to be kayfabe blinded in one eye. She would change up her look and wear an eye patch to the ring