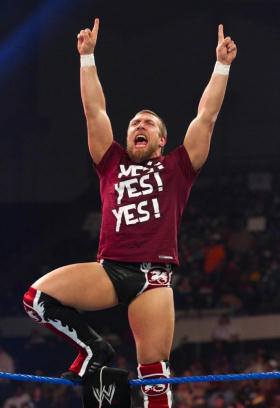 Daniel Bryan was reportedly a topic of discussion in the recent talks between WWE and New Japan Pro Wrestling.

As noted earlier, WWE President & Chief Revenue Officer Nick Khan recently reached out to NJPW and began talks about a potential working relationship, one that would see WWE become the exclusive North American partner for NJPW. The report noted that the talk go back to late March or April.

In an update, PWInsider adds that the main crux of the talks had to do with the potential of Daniel Bryan being able to work some dates for NJPW. This report also stated that the talks have been going on for several months, and were confirmed by sources in both companies.

It remains to be seen if anything will come from the talks. It’s possible that the two companies will work together in the future, but it’s not happening right now and nothing has been reached yet, despite the talks going off & on for some time.

It was also noted that this is not a case of NJPW’s working relationships with AEW and Impact Wrestling ending any time soon, at least due to any WWE involvement.

A new working relationship between WWE and NJPW would not be the first between the two top promotions as they originally began working together in the 1970s.

Regarding Bryan, his WWE future has been up in the air since losing the Career vs. Title match to WWE Universal Champion Roman Reigns on the April 30 SmackDown. His contract reportedly expired at that time, and while he was expected to remain with WWE in some capacity, there has been no update on his status.