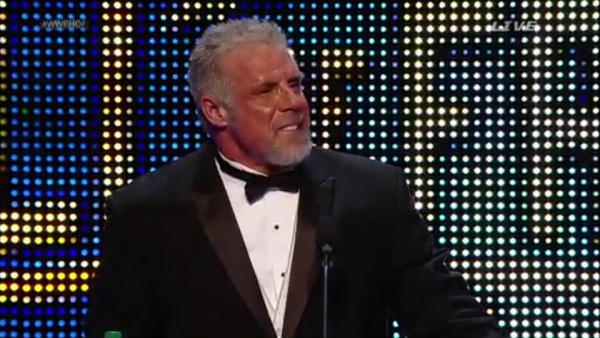 Booker T recalled his experience with the Ultimate Warrior asking him to help train him for his comeback in the late ’00s. Booker discussed the story on a recent episode of his Hall of Fame podcast, talking about how the late WWE Hall of Famer wanting to get into ring shape for his comeback show in Australia. You can check out some highlights below, per Wrestling Inc:

On Warrior asking him for help: “So I was getting myself together to finally talk to him about it. He goes, it’s kind of funny, he goes ‘Hey man. I’m going to be coming down to train with you. How about I come down on Thursday?’ And the thing is I’m the only one who pretty much knows the story, so there’s no way I can confirm it or anything like that. It’s not a bad story. But he says ‘why don’t I come down on Thursday and train with you, start getting ready for this match? I’ll come down, I’ll land at probably 12, get there around 2, train around 4 and catch a flight around 6. He wanted to train with me for two hours to get ready for a match when he hadn’t worked in over ten years!”

On declining the request: “I told him ‘bro, I’m sorry, but there’s nothing I can do in just two hours.’ I said ‘it’s going to take a little longer than that to work with you, to get you ready.’ I think he was closer to California, so he went and worked with RVD for that match. I watched the match and they worked for a little while in that match and it seemed his cardio was there so it seemed like whatever. Whatever Rob did, Rob do things from a witch doctor perspective sometimes. If this ain’t working, we may try that. It may be a bit unorthodox but he’ll get you there.”