Reginald vs. Shayna Baszler next week? 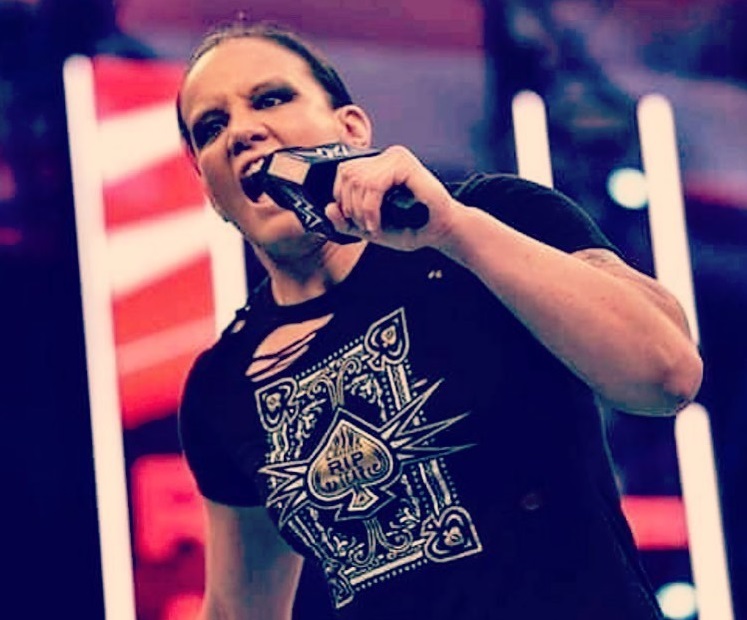 It looks like next week’s WWE RAW will feature an intergender match with Shayna Baszler taking on Reginald.

Tonight’s RAW main event saw Natalya and Tamina Snuka retain their WWE Women’s Tag Team Titles over Baszler and Nia Jax. After expressing frustration with Jax being distracted by Reginald last week, Baszler had ordered Reginald to stay backstage before the match, but he came down to ringside and ended up distracting the referee when Baszler was pinning Natalya. Baszler then yelled at Reginald and told him to go away. Reginald marches up the ramp but was knocked back by an explosion of pyro, much larger than the explosion from last week’s women’s tag team match. Natalya then took advantage of the distracted Baszler, and rolled her up for the pin to retain.

After the match, Baszler marched up the ramp and checked on Reginald. She helped him up but then grabbed him by the collar and called him a son of a bitch. Jax could be seen in the background, watching Baszler and Reginald from ringside. Baszler told Reginald she was tired of his interference, and she will see how he does when she faces him in the ring next Monday night. Baszler then said if Reginald has the balls to face her, she will make him wish he was actually in the explosion that went off. Baszler shoved Reginald and then stormed off as RAW went off the air.

This has not been confirmed but speculation is that the mystery explosions are being caused by Alexa Bliss and her mystery friend, Lilly. Bliss and Lilly were on the stage when last week’s explosion came from the ring posts, but they did not appear at all during tonight’s episode.

Baszler tweeted after the show and commented on next week’s fight with Reginald.

“Have a problem, take care of it. #Reality,” she wrote.

WWE previously announced Kofi Kingston vs. Drew McIntyre for next week’s RAW with the winner being named the new #1 contender to challenge WWE Champion Bobby Lashley at Hell In a Cell. Per the stipulation, Lashley will be fined for 90 days without pay if he or MVP interferes in the match.

Stay tuned for more on next week’s RAW and the women’s division storyline. Below are related shots from tonight’s main event:

The WINNER faces @fightbobby for the #WWEChampionship at #HIAC! pic.twitter.com/UEEQU6AO8U

Have a problem, take care of it. #Reality https://t.co/3TZRnK6MXe