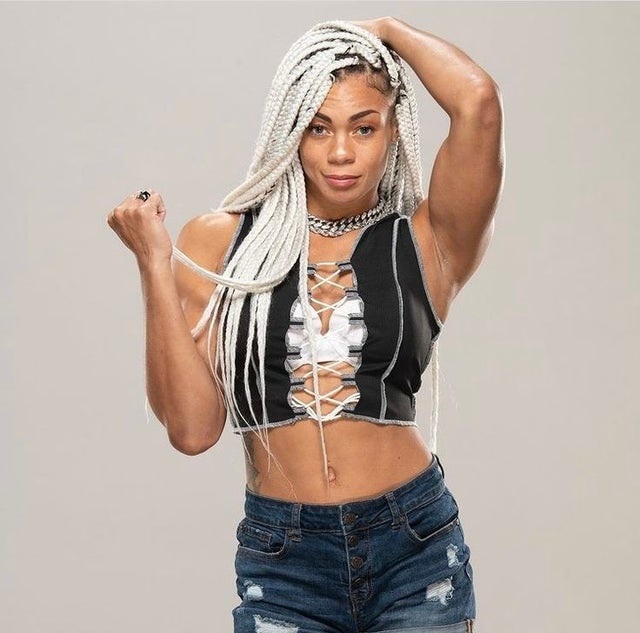 – In her high school years, Brandy competed in both swimming and basketball
– Prior to beginning her wrestling career, Brandy was active in the music business
– Brandy attended a WWE tryout in July 2017
– On August 28, 2019, it was announced that Brandy had signed with WWE and would be reporting to the Performance Center
– Brandy wrestled her first match at a NXT Live event in Jacksonville on December 5, 2019. She teamed with Taynara to defeat Catalina Garcia & Rita Reis
– On the May 18, 2020 episode of NXT, Brandy was unveiled as a member of the Hit Row stable, under the name ‘B-Fab’
– On September 14, 2021, Brandy wrestled her first match under the B-Fab moniker, defeating Katrina Cortez
– On October 1, the entire Hit Row stable was drafted to Smackdown
– Barely a month later, on November 4, B-Fab was released by WWE. Her fellow stablemates would follow her out the door two weeks later
– Following her WWE release, Brandy returned to making music. She also announced an intention to compete on the independent scene
– On the August 12, 2022 edition of WWE Smackdown, Ashante “Thee” Adonis, Top Dolla, and B-Fab returned to WWE and reformed Hit Row