Summer Rae On Dealing With Injury Issues In WWE, Relationship With McMahon, Potential Return To Wrestling 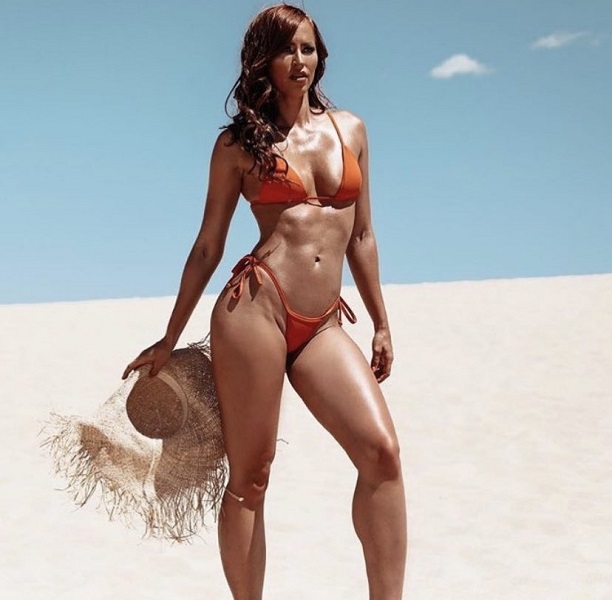 In a recent interview on the TWC Show, Summer Rae (aka Danielle Moinet) discussed dealing with injury issues in WWE, whether she wants to return to wrestling, and much more. You can read her comments below.

Summer Rae on her relationship with Vince McMahon in WWE: “Oh, Vince loved me. I love it, I would walk my butt straight into Vince’s office all the time. Vince did not scare me at all. Mind you, you have to be respectful. I would never just walk in there. I would knock and then wait for hours and hours, but if I ever was having an issue or when I was thinking of leaving, I went and talked to him.”

On dealing with injury issues during her WWE run: “I did try to quit but Mark Carano didn’t let me. I wasn’t trying to quit, but I was being like I was on injury, and I was like either bring me back or let me go. They had me in this pivot-like moment where I couldn’t go do other things but I was still getting injury pay….it was from time over time, so I have two things. I have a bone spur on a vertebra on my neck I’m pretty sure. So, from that, I think it’s just the over and over bumping. I have thoracic outlet syndrome. I remember I was at a photoshoot, and they wanted me to pose like this or something and I was like yeah, so I did it. I put my shoulders back and then Annie my publicist came up to me and goes, ‘No, put your shoulders back.’ I went ‘What do you mean? My shoulders are back.’ She goes, ‘Come look in the mirror.’ So, I go look in the mirror and I think my shoulders were kind of like forward.

“I went to TV. We had this big meeting and I was walking with Tenille [Dashwood] and John Laurinaitis passed me and I said hey and my hands kind of turned. I went, ‘Do you also feel shooting pain when you do that, right?’ And she said, ‘Do what?’ And I said, ‘When you put your hands like parallel behind’ and she goes ‘no.’ And then I started noticing. I’m like well that’s weird and then so I started asking some of the boys and some of the boys were like yeah, I can’t flex my hand. So, it was almost normalized and these nerve damage nerve kind of thing. I could’ve ignored but then at the time too, like Daniel Bryan. Brie was saying Bryan couldn’t open the doorknobs. I was like that ain’t gonna be me. I’m not gonna be able to one day not pick up my baby. I went to our doctor and he was like we’ll have you get checked out at a couple of places, and they’re like that’s so weird, we had no idea. They sent me to the Pittsburgh doctor, and that’s why I never knew my last match was my last match. The fans will send me DMs like you wrestled Alicia Fox on a house show which was one of my last matches.”

On whether she would ever consider returning to WWE: “No one’s ever told me you can’t do it again. but I know personally I could never go over and over again. Could I like to do the Royal Rumble and have a little storyline? Maybe, but I would need treatment. Like I need treatment now. My migraines got so bad…..I love WWE. I haven’t gone to other promotions because I also know how that is with WWE and I definitely feel like my loyalty is with them. They gave me such a big part of life. Hopefully, one day I’ll have a husband and a baby, but if I don’t have a man but I do have a baby, because I adopt, I would want them to see me and that was such a big part of my life as Summer Rae. I get called Summer on the street and I like to turn around. So, I love wrestling. I would for sure be OK with going back.”