The Rock announced for video game

Former WWE Champion The Rock has been announced for the Ultimate Rivals video game franchise.

It was announced back in March that WWE and Bit Fry reached a new licensing agreement that will see WWE Superstars and Legends join the roster for the “Ultimate Rivals: The Court” video game. WWE Universal Champion Roman Reigns and Sasha Banks were the first two names announced, and it was noted then that 6 more Superstars would be revealed in the coming months.

In an update, Bit Fry announced today that The Rock is the newest member of the WWE Universe to join the franchise. Bayley and Becky Lynch have also been confirmed for the roster. Three more WWE Superstars will be announced in the coming weeks.

The WWE Superstars join a roster of over 140 licensed athletes from the NBA, MLB, NHL and NFL, to compete with or against each other in three-on-three arcade style basketball (The Court) or hockey (The Rink) match-ups.

The game will be released first on Apple Arcade later this year, and then on Steam and consoles at a later date.

Stay tuned for more on Ultimate Rivals. You can see The Rock’s concept art below: 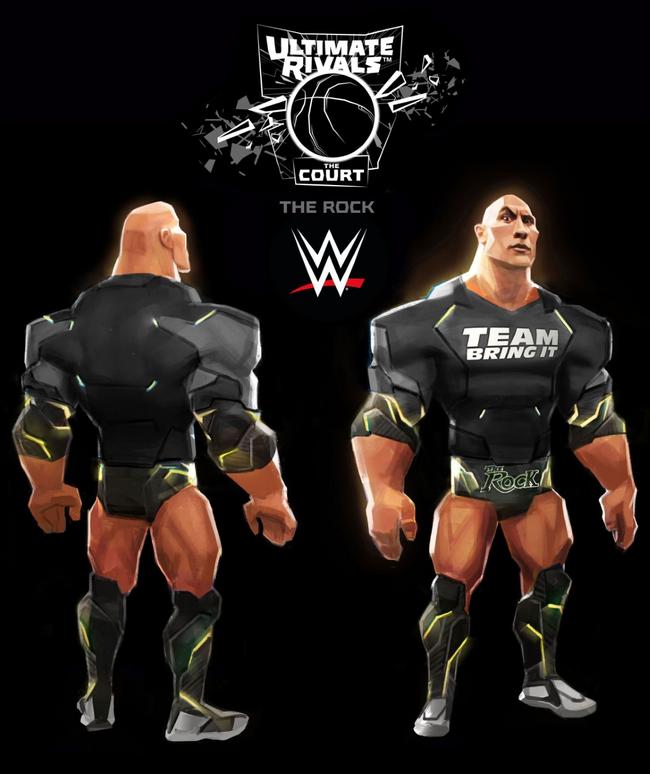