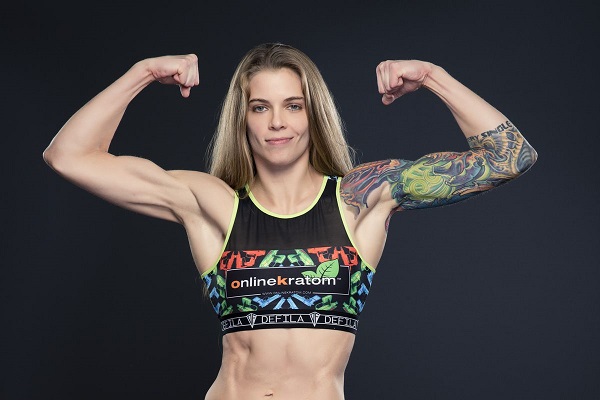 Several additional WWE NXT departures have been made today, according to PWInsider.

Alexander Wolfe (Axel Tischer) has been released. He just wrestled on last night’s NXT TV episode, losing to Killian Dain. He was attacked by Marcel Barthel and Fabian Aichner after the match, kicking him out of Imperium. The former SAnitY member signed with WWE in April 2015.

Former MMA Horsewomen member Jessamyn Duke is also gone from the company. After a MMA career with the UFC and Invicta, Duke signed with WWE in 2018. She appeared on RAW Underground last year, picking up a win over Avery Taylor. She has not been in action since then.

Vanessa Borne (Danielle Kamela) has also been released. She trained under WWE Hall of Famer Rikishi in 2016, and signed with WWE in April 2016. Borne was reportedly called to the main roster in January 2020 after re-signing with WWE, but never made her official debut. She worked as a NBA dancer, NFL cheerleader and FOX Sports presenter before signing with WWE. Her last match was a six-woman match at the January 31, 2020 NXT live event in Citrus Springs, FL as she teamed with Jessi Kamea and current NXT Women’s Tag Team Champion Indi Hartwell, for a loss to Mercedes Martinez, Katrina Cortez and Valentina Feroz.

Skyler Story (Brandi Lauren Pawalek) is also no longer with NXT. She was formerly known as Ava Storie and Brandi Lauren on the indies, and also spent about a year with Impact Wrestling from 2017-2018. She has not wrestled since a Battle Royal on the September 23, 2020 NXT TV show, and before that she lost a RAW Underground bout to Marina Shafir on August 13, 2020.

Ezra Judge (Ezekwesiri “EJ” Nduka Jr.) was also released. He was signed in August 2019 after multiple WWE tryouts. Judge previously played arena football and was a pro bodybuilder for the IFBB. He last wrestled at the March 6, 2020 NXT live event in Melbourne, Florida, losing to Arturo Ruas. That was just his second match with the company as he lost his debut to Dorian Mak, on the February 29, 2020 NXT live event in Jacksonville.

Kavita Devi (Kavita Dalal) was also cut today. The former TV presenter and powerlifter signed with WWE in October 2017, becoming the first female pro wrestler of Indian nationality to wrestle for the company. She worked the 2017 Mae Young Classic before signing with WWE, losing to Dakota Kai in the first round. Devi last wrestled at the July 27, 2019 NXT live event in Ft.Pierce, FL, losing to Io Shirai. She was scheduled to work the WWE Superstar Spectacle taping for India back in January of this year, but she missed the event because she had to return to India to deal with a family emergency. She has not returned to the United States since then.

It was noted that those being released today are told that their departures are due to budget cuts.

Stay tuned for more as additional departures are rumored.