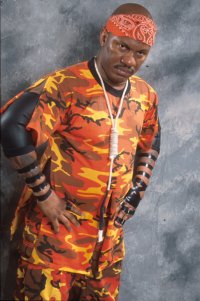 Lance Storm made his weekly appearance on Figure Four Daily to talk about a wide range of topics with Bryan Alvarez.

During it, he talked about the late ECW Original New Jack, who passed away last week.

“I think his two most high profile runs were The Gangstas in Smokey Mountain, and obviously as The Gangsta New Jack in ECW, and I was there for both of those. I shared a lot of locker rooms with New Jack. It’s a surprise to no one that we are polar opposites, and we didn’t hang out beyond the locker room but, oddly enough we always got along. I’ve never had an issue with New Jack..Man, that dude could cut a promo. The Gangstas in Smokey were so great. When you create a list of great promos, I don’t think New Jack gets on that list enough. His debut at the Knoxville Coliseum was for the Night of Legends. He did, well, they did, but New Jack did all the talking, did an in-ring promo with J.R. You could just tell the charisma of this guy and the ability to speak, and obviously rile up an audience that was not as welcoming to a racially diverse population. He knew what many people in the South thought of people like New Jack, and New Jack was more than willing to embrace that and get as much heat as he could.

His promos were incredible…We had good matches and they were a lot of fun. Again, New Jack’s promos. He probably got Smokey Mountain kicked off some TV. I know he had protesters out in front of the building because of some of the stuff he said, but he was awesome. Tracy Smothers was the Wild Eyed Southern Boy. He would sell Confederate flags. I remember one show, New Jack came up to him and said, ‘Can I get a couple of those from you?’ I think he wanted to tear it up, or blow his nose in it, or wipe his a*s with it on a show. Tracy said, ‘Yea, sure, no problem’, so he gave him a couple. New Jack goes out and he cuts his promo, and tells the people of Kentucky and Tennessee what he thinks of the Confederate Flag and wipes his a*ss with it.

The place was just about ready to riot. Of course, at intermission and at the end of the show, Tracy Smothers’ gimmick table is just jam packed with rednecks wanting to buy Confederate flags to show New Jack that he doesn’t get to do that. It was so great because the next show we get to, New Jack shows up and puts his bag down. Tracy walks over and gives him the two complementary Confederate flags, like, ‘Go to it brother.’ New Jack said, ‘Do you want me to pay for those?’, and Tracy said, ‘No, it’s alright. I’ll make it back.’ I think too that it turned into a point where Tracy would give Jack and Mustafa a slight cut of his Confederate flag sales because New Jack was convincing a lot of rednecks in Kentucky to buy Confederate flags to waive them at those evil black guys, and New Jack was just happy to take their money and get people hot.”