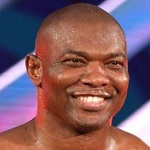 The tag team of Shelton Benjamin and Cedric Alexander is no more.

Tonight’s RAW saw Benjamin and Alexander lose a match to Lince Dorado and Gran Metalik. The finish saw Metalik get the pin on Benjamin after walking the top rope and delivering his flying elbow drop. After the match, Alexander took the mic and addressed Benjamin.

Alexander yelled at Benjamin, telling him to look at how they’ve gone from The Hurt Business to this. Alexander insisted that it was Benjamin who was kicked from The Hurt Business, not both of them, because Benjamin was the weakest link. Alexander went on about how Benjamin has received numerous chances in WWE, and doesn’t have long in his career. Alexander declared that he is still in his prime, and he refuses to give any more time to Benjamin. Alexander then said just like Benjamin, this tag team is done. He dropped the mic and marched up the ramp as fans booed, and Benjamin watched from ringside.

Benjamin later spoke with Kayla Braxton backstage and talked about surviving in this business for so long because he can take the hits, and seeing so many wrestlers like Alexander come & go. Benjamin said the only reason Alexander was in The Hurt Business was because he saw potential in him, not MVP or WWE Champion Bobby Lashley. Benjamin declared that Alexander can do whatever he wants on his own, but he will respect Benjamin. Benjamin went on and said he let Alexander say what he wanted tonight, but if Alexander isn’t careful, he will be another young star fizzling out while Benjamin continues to survive.

Benjamin and Alexander were booted from The Hurt Business back in late March. They started teaming in August 2020, and eventually won the RAW Tag Team Titles, holding them for 85 days.

There’s no word yet on what WWE has planned for Benjamin and Alexander after tonight’s split, but we will keep you updated. Below are several related shots from tonight’s RAW:

"The only reason @CedricAlexander was in the Hurt Business is because I saw something in him that nobody else did!"#WWERaw pic.twitter.com/npoUT7mGLn