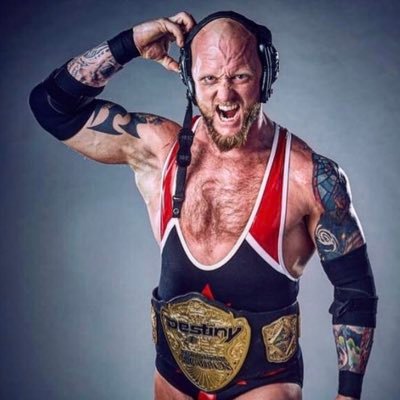 IMPACT Wrestling star and current X-Division champion Josh Alexander recently appeared on “Da Podcast” where the Walking Weapon discussed his time in the North, and how he is on a per date deal with the promotion. That and more can be found in the highlights below.

Says he’s on a per date deal with IMPACT:

And not to disparage any of these guys but when I started wrestling, Bobby Roode, Eric Young, Petey Williams, all these guys, they got signed to TNA and they were on exclusive deals. So they couldn’t do independent shows freely. So they couldn’t give back. I’m luckily on a per date deal with IMPACT so I can do whatever I want.

How the North may have dropped the titles to Rich Swann and Willie Mack at Hard To Kill 2020 but Swann got injured:

I think it was completely organically [The North’s lengthy tag title run]. I think we were heading into a feud with Willie [Mack] and Rich [Swann] and I think at Hard To Kill [2020], it might have been in the works for them to win the tag team championships but Rich had broke his ankle at a show like two days before. So this is the kind of stuff that happens in wrestling where it was just by chance that ended up happening because I think there were plans for us to lose them or win them back or whatever, but it just played out that way and I’m not gonna knock it because I’m cool with us being named in the history books the rest of time. That’s something my inner child will definitely smile about later on in life.

On the Canadian independent scene and finally getting signed:

I don’t know how I got signed. It’s all assumption. I will definitely be asking this question to Scott D’Amore and Don Callis in the future as things roll around because it’s always kind of bothered me that I didn’t get signed sooner. I was completely tearing Canada to shreds. Like, if there was a main event match or somebody coming in that was a name, I was on the marquee and I was wrestling them and I had built this name and brand for myself with Canadian strong style and everything else. Going against Pete Dunne and the whole British strong style scene for Destiny [Wrestling]. But then on the other hand, I was also wrestling Sami Callihan on these IMPACT one-night only shows that they did and I distinctly remember having a cage match against Sami Callihan for a Destiny show and Don Callis and Scott D’Amore were on commentary and in that match, you can Google ‘trash can Josh Alexander’, it’ll probably come up on YouTube if you wanna check this out. But I’ll warn you, it’s disgusting. Sami Callihan hits me with the trash can and he hits me with the seam of the trash can so a trash can is made of a flat piece of metal that you roll into a circle so there was an overlapping seam so when he hit me in the head, that folded and pretty much filleted the top of my skull and it was — it’s up there with Eddie Guerrero versus JBL or [The Great] Muta-level bleeding and I remember me telling the ref. Thank God I had Harry D. because he’s a very experienced ref. He was being told to end the match and to tell me to end the match and I was telling him I’m fine. He’s like, ‘I’m with you man. I’ll keep an eye on you. If you say you’re fine, I trust you’ and like I didn’t have a head injury or anything, I was just bleeding and I didn’t know how much I was bleeding at the time but, I bled all over that ring. That ring was one giant puddle of blood. By the time the match was done, I ended up moonsaulting off the cage, doing all this crazy stuff that I just wanted to do and it wasn’t because I thought that was an opportunity for me to get noticed. I have this thing inside me where if I’m not giving everybody in the crowd everything I have, I’m gonna be disappointed with myself and it’s like that if there’s five people in the crowd, 500, 5,000, doesn’t matter. I’m always gonna try and have the match of the night, I’m always going to kill myself trying and that’s a reason why I think I got signed.