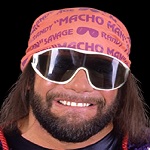 WWE and A&E have released a trailer and an extended sneak peek for Sunday’s new “Biography: WWE Legends” documentary, which will feature the life and career of WWE Hall of Famer “Macho Man” Randy Savage.

“He was very intense and he wanted to give his all,” Vince said of Savage in the trailer. Poffo continued, “But he started using that personality in his real life.”

The Macho Man episode is produced by Billy Corben and Alfred Spellman of Cocaine Cowboys, Screwball and ESPN 30 For 30’s The U.

WWE and A&E have also released a trailer and extended sneak peek for Sunday’s new episode of WWE’s Most Wanted Treasures, which will feature WWE Hall of Famer Jerry Lawler.

The extended preview below notes that the robe & crown from Lawler’s WWE debut was valued at between $7,000 and $10,000. The episode features Lawler hunting all over the country for items related to his infamous match with Andy Kaufman. Regarding Lawler’s WWE debut robe & crown, it was noted that The King must decide if WWE is worthy of obtaining his royal wardrobe as these items are on their wish list.

The two-hour “Biography: WWE Legends” episodes are airing each Sunday at 8pm ET, while the one-hour episodes of WWE’s Most Wanted Treasures are airing at 10pm ET. You can click here for the latest ratings & viewership report for the WWE – A&E block of programming.

Stay tuned for more from WWE and A&E. Below are the trailers and extended sneak peeks for Sunday’s new episodes: