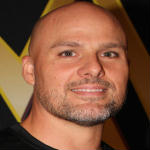 Adam Pearce is now working as the new WWE Director of Live Events.

It was reported on Wednesday that Pearce had moved up within the company over the last several weeks. In an update, PWInsider now reports that Pearce’s new title is Director of Live Events.

In the past, the Director of Live Events role has usually meant overseeing live events and coming up with the creative and match line-ups for touring. Pearce getting the job is another sign that WWE is preparing to return to the road with ticketed live events, as we’ve noted

The Director of Live Events role is one that was previously filled by WWE Hall of Famer Michael “PS” Hayes, who in recent months has been working to produce many main event matches for the company, and angles involving WWE Universal Champion Roman Reigns on SmackDown. This seems to be a case of Hayes putting his expertise elsewhere while Pearce moves up the ladder.

It was also reported this week how Jason Jordan has moved up in the company, taking over John Laurinaitis’ former role as Lead Producer. Laurinaitis took control of the Talent Relations department earlier this year. It was also noted that Jordan will now oversee all other WWE producers at TV tapings, in a role that includes much bigger responsibilities within the company.

In an update on Jordan and Pearce, this new report stated that Pearce will continue to produce matches in this new role, and will oversee other producers alongside Jordan. Under the new hierarchy, Pearce would fall under Laurinaitis’ umbrella. Pearce will also continue working on RAW and SmackDown as an on-air talent.

We’ve noted how recent shake-ups in the WWE Communications and Talent Relations departments have happened as WWE President & Chief Revenue Officer Nick Khan moves his people into power. Word now is that Khan and WWE Chief Financial Officer Kristina Salen both have increased power from recent changes. They are both now overseeing different divisions in the company, divisions that in past regimes those in their positions did not directly oversee.

WWE Chairman & CEO Vince McMahon has given Khan and Salen “great power and great responsibility” to move the company forward, and they are using that power to create sweeping change within WWE HQ and the rest of the company.