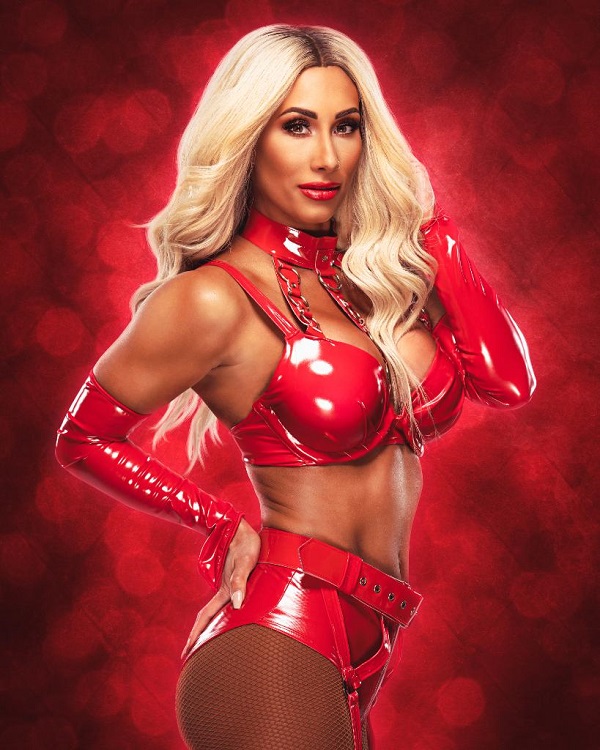 WWE Superstar Carmella recently appeared on The Bellas Podcast, and she spoke frankly about the current booking of the WWE women’s division, along with the recent release of The IIconics (Billie Kay and Peyton Royce) earlier this month from WWE. Carmella teamed with Kay in the women’s Tag Team Turmoil Match at WrestleMania 37. Below are some highlights (via Fightful).

Carmella on current booking of WWE women’s division: “Even, myself, I would sit at home and watch Raw and it would be 10 p.m. before I would see a woman on the show. It’s like, ‘this is a three-hour show. What the hell?’ Even if I’m just a fan, which I am. Like if I didn’t work at WWE and I was just sitting at home watching, I want to see the women. That’s why I tune in. If I’m waiting until 10 p.m. to see a girl, it’s like, ‘what the hell?’ That’s not okay for little girls at home or whoever is watching waiting for the women. It just feels like oh, now, there’s only a focus on maybe two women or one women’s storyline. Like you were saying back when you were there, we had 3 women’s storylines on a 2-hour show and that was when I was still with James [Ellsworth], so we know it’s a possibility. We know that they’re capable of doing that. I think sometimes there’s this weird shift and people kind of forget. We need to remind them, no. We are a big part of the show. We don’t have to have matches every week, we can do promo segments or backstage segments, even a 30-second insert into the show, just to show hey, here she is. She’s represented on the show. Then, if people are talking about it, maybe next week we give her a little bit of a longer segment because people want to see that. Whether it’s me, or whoever it may be.”

On her axed storyline teaming with Billie Kay, and WWE releasing her and Peyton Royce: “I don’t know what the right or wrong things to say is. All I can speak from is my experience and we were super excited for this story and I felt like, okay, I’m done with this whole sexy gimmick that they want me to do, which is fine. It’s fun to be sexy, but I feel like I wanted to show my personality more. I wanted to show a little bit more of a fun side and I was looking forward to doing that with Billie. Like you said, our entrance alone, she was cracking me up. So I was really looking forward to seeing where that was going to go and unfortunately, we can’t do that anymore. Even Peyton, those two were some of my closest friends since they got here. So it was the first time I was really rocked by a release.”