April Hunter shares her thoughts on the COVID vaccine 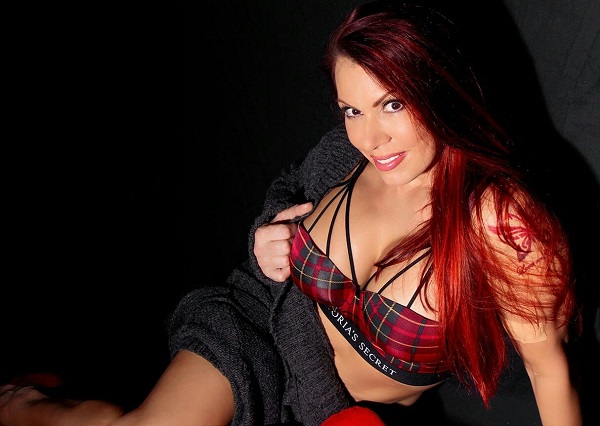 You can have taken an annual flu shot, tetanus, and whooping cough vaccinations (I have), but mention that you’d rather wait and see with THIS vaccination since it’s not approved (an emergency order does not mean the same thing), is not tested, and it is the very first time we’re using an mRNA (“currently being tested on humans”) – and all people hear is “Anti vaxxer.”

It’s more than a little sad how many people have said they’re “disappointed in me” for my stance. I’ve been called “stupid” and “misinformed”, or ganged up on. And that’s ok. I’m fine with standing alone…I always have been. To me, the world seems a bit out of whack in the bigger picture.
*When a vaccination’s side effects seem to affect women more than men, females have the right to be cautious.* When several friends have gotten ill and one even told me “to wait…or proceed with caution” after she got VERY sick, I listen. Early on, I made 3 different vaccine appointments and canceled each due to not feeling comfortable. I asked my dr for the vaccination when those ‘at risk’ could get it. She refused, despite insisting I have a flu shot every year for the very same reason.

When it’s stated that this messenger RNA can interfere with those on mental health medications and so many of us are on anti-depressants, anti-psychotics, stabilizers &/or anti-seizure meds, but we don’t know this because it’s not common knowledge, that seems odd to me.
When no one said anything about how to raise our immune systems amid the 8765435677 reminders to wear a mask (I do), wash our hands, and socially distance, that seems strange to me.

And I find it exceptionally strange that the same people who wouldn’t put certain things in their mouths or buy the first-generation device due to health concerns or bugs are the first in line to vaccinate and then shame others who prefer to wait.
If you are vaccinated, what do you care if the person next to you isn’t? You’re safe. Right?

The only thing we KNOW is that we DON’T KNOW. Once we start admitting that, we’ll be doing a whole lot better as a society. It’s ok not to know some things. We learn as we go. But being belligerent and controlling, assuming your way is the “right way” is pretty shitty.
I’m not anti vaxx. I was pretty relieved that my aunt and uncle got vaccinated…if for nothing else, their peace of mind.

I know I’ve had COVID. I know it’ll eventually come out that it was in this country in late November 2019 and on and that our first wave was Dec 2019/Jan 2020. I know I’ve been exposed exponentially several times and not gotten it again. The CDC admits there’s a less than 1% chance of “possible reinfection” which means there’s a probability of having been misdiagnosed the first time around.
And I know I could be wrong.
Maybe I am stupid. But I’m certainly not uninformed.

If you want to get vaccinated, fine. If you don’t, fine. It would be nice to have that same respect back. I feel most people have lost some kind of control in their lives and are now trying to control others with an “If you don’t live as I do, you’re WRONG and need to change” perspective in order to feel like they are back in their own driver’s seat. Doesn’t work that way. Trust me, I’ve tried. Been there, done that, got a rack of tee shirts.
I hope I’m just overly cautious over nothing.
I hope vaccine passports will never amount to anything since it’s kind of shittier than shitty (not to mention controlling, domineering, and unconstitutional) to require people to take something that’s not tested in order to live their lives, work, enjoy an activity, and travel.
Oh, and we have to sign a nice long no-liability medical waiver before accepting that shot, too.

If Americans decide to wait, why can’t we ship some over to India? They’re having a VERY difficult time right now with Covid and not having enough vaccines to go around.