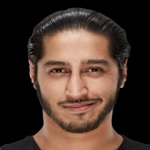 WWE taped the following matches on Monday before RAW to air on Thursday’s Main Event episode: Ricochet vs. Ali, and Drew Gulak vs. Akira Tozawa.

You can click here for spoilers from the tapings.

Ali tweeted after the Main Event tapings and said his match will be the best WWE match of the week.

“#MainEventMustafa returns this week. It’s gonna be the best match of the week too,” he wrote.

Ricochet and Ali feuded for several months last year as Ali tried to recruit Ricochet into RETRIBUTION. Their last match came on the December 28 RAW show, which Ali won. Before that Ali defeated Ricochet on the November 9 RAW show, and Ricochet defeated Ali on the September 24 Main Event episode.

This was Ali’s first match since losing to Riddle on the April 5 RAW, and his first bout since the RETRIBUTION storyline was done away with.

Stay tuned for more on Ali and Ricochet. Below is the full tweet from Ali:

#MainEventMustafa returns this week. It’s gonna be the best match of the week too.
📸 @AnthonyCairo pic.twitter.com/p47gqXy7SR