Could AEW Dynamite Be Forced Off Wednesday Nights By the NHL? 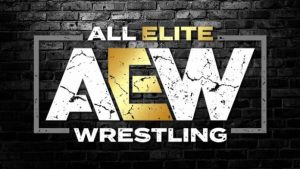 Turner Sports has won the secondary U.S  television rights package to the National Hockey League, with its new seven-year contract (shared with ESPN) beginning this fall.

Hockey may force All Elite Wrestling’s Wednesday Night Dynamite out of the only timeslot it’s had since its October 2019 premiere.

TNT, which has aired the NBA since 1989 and the NCAA men’s basketball tournament since 2011, seems the logical fit to air the NHL’s Wednesday night doubleheader, which has been carried on NBCSN (and it’s predecessors, Versus and OLN) since 2005. NBC’s contract with the NHL expires at the end of the 2020-2021 season, and with its sports cable network shutting down at the end of 2021, the Peacock has opted not to renew its contract with the league.

There had been speculation that, if NBC had retained NHL rights even with NBCSN shutting down, that the USA Network would be carrying hockey, including on Wednesdays, which is one reason why WWE moved NXT to Tuesday nights. USA already carries NHL playoff games along with NBCSN, CNBC, and the over-the-air NBC.

TBS, which has had Major League Baseball playoff rights since 2007 and, like TNT, the NCAA men’s basketball tournament since 2011, has not been mentioned as the NHL’s new cable home.

Back to Dynamite….with TNT already airing the NBA on Tuesdays and Thursdays, and potentially airing NHL’s Wednesday doubleheader, Dynamite isn’t left with a lot of options. Would All Elite Wrestling bring back the WCW/WWF “Monday Night Wars” and move Dynamite to Mondays? Would AEW air Dynamite in direct competition with SmackDown on Friday nights?

It’s worth mentioning that in the 1990s, when TNT and TBS both carried the NBA, WCW Monday Nitro and WCW Thunder were often preempted during the NBA playoffs in April and May. This could pose a problem with TNT carrying basketball AND hockey, as both leagues start and end their seasons around the same time.