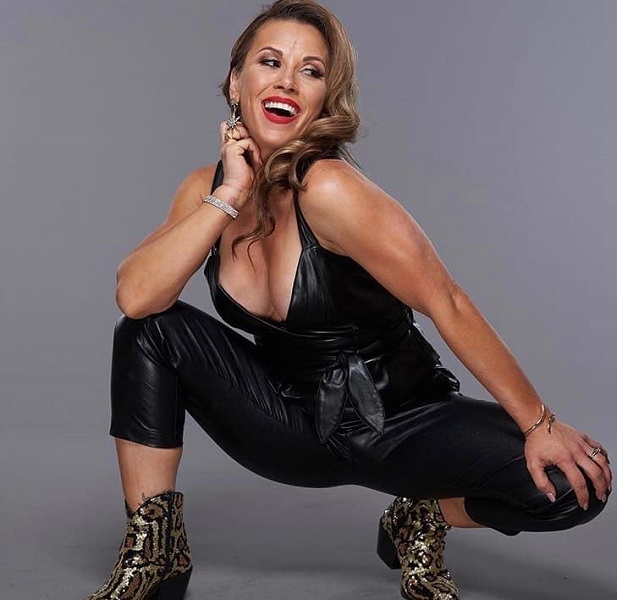 Mickie James, who on Twitter posted a trash bag containing her belongings sent from WWE after she was released, issued a statement after Mark Carrano from the talent relations department was fired.

“I take zero pride or joy in the fact that someone would lose their job ever. Especially someone I considered a friend,” James wrote. “I am confident that Vince & The McMahons had no idea that this is how we were sent packing. It hurt a fragile me much more ten years ago when my belongings arrived on my doorstep, because WWE was my everything.”

James noted that she is stronger today than she was 10 years ago and knows the way she was sent her items wasn’t a deliberate attack on her, but the symbolism cannot be denied. She said she was sorry that a thoughtless and tone deaf act would cost someone their job but she’s not sorry that she had the courage to ensure it would not happen ever again to someone who gets released.

“So if that’s my final mark in this company moving forward I am ok with that. When I first started in this business one of the best pieces of advice I received was, ‘Just leave the business better than you found it kid’ and that has always been my ultimate goal,” she continued. “I love you all so much. I am legitimately grateful for my time at WWE and throughout my whole career. I am looking forward to everything that is next. I truly hope you are too and perhaps you will join me.”

James said that hopefully this is the last time she addresses this and she has a lot of good things on the horizon and doesn’t want any of it tainted “with ugliness and negativity.”

♥️ To whom it may concern ♥️ pic.twitter.com/RPGOOazm8F 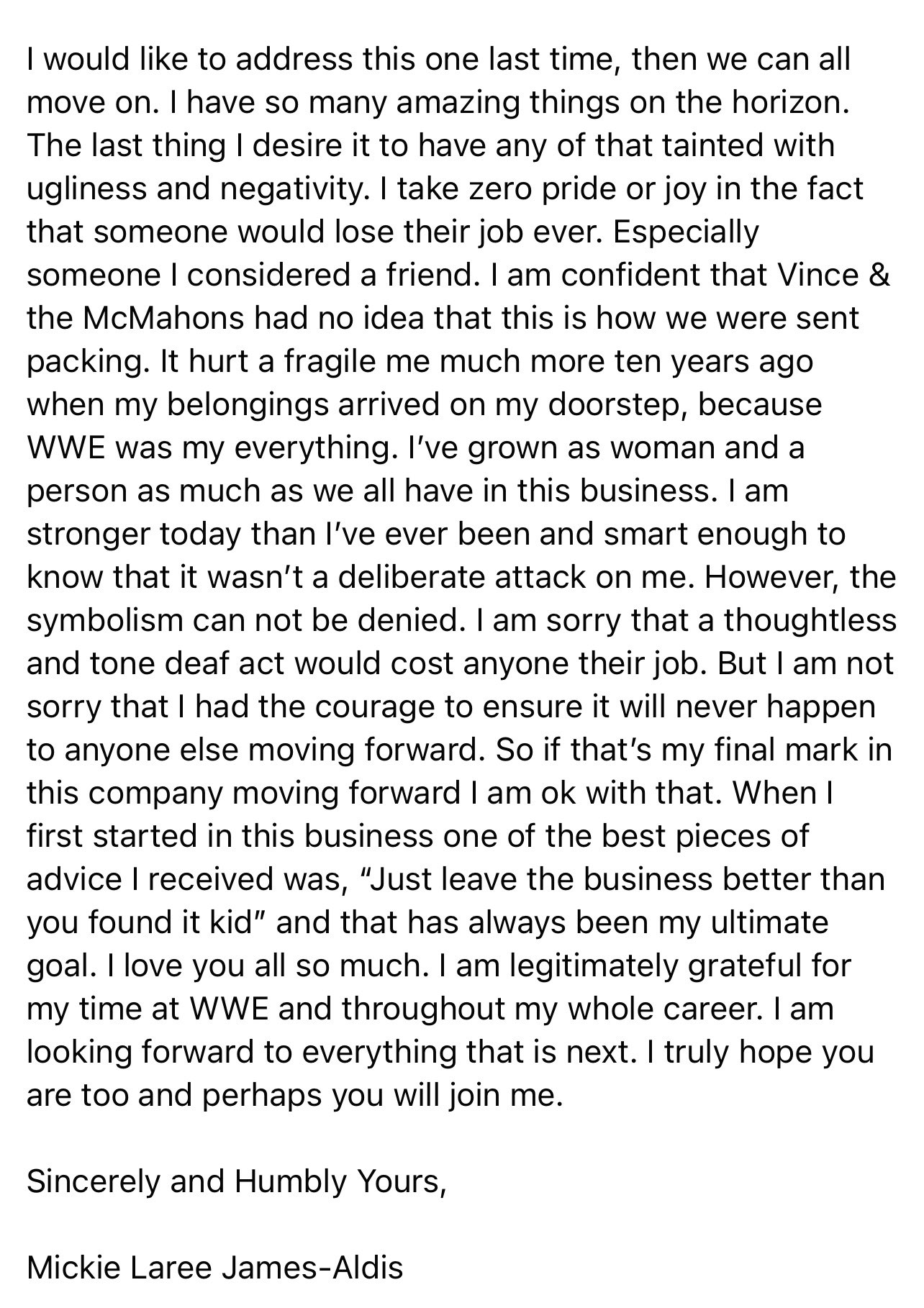