Christian Cage on his love for AEW, signing with the company, and working Frank Kazarian 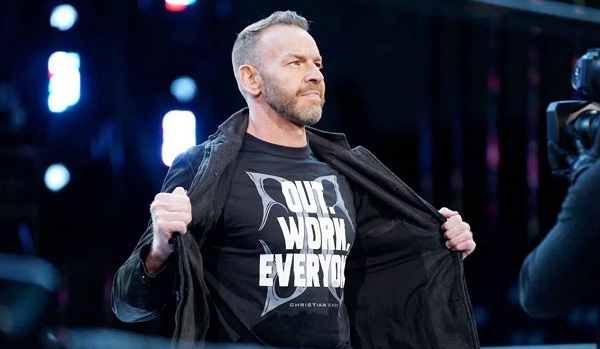 Christian Cage returned to the ring on #AEWDynamite for his first true match in seven years! He explains why Frankie Kazarian was the perfect opponent, why “Out. Work. Everyone” is more than just a clever catchphrase, and the exchange he had with Tony Khan after that first match.

Christian also shares details surrounding his surprise appearance at Revolution and the role that Jon Moxley played in his signing as well as why he’s excited to see attention paid to tag team wrestling and the huge life changes he made preceding his pro wrestling return. Plus, you’ll hear who he’s excited to work with at AEW.

Thanks to our sponsor AEW Casino! Download it now: aewgames.com/getcasino.

Christian Cage on signing with AEW at Revolution

“I get there, and straight onto a bus, and it’s nerve-wracking you know, because you’d be like, ‘Will anybody even care that I’m here?’ You know, you have those kind of thoughts that go through your head a little bit.”

“I wanted to raise his stock no matter what happened in that match, and I know he felt the same way… When you have two guys committed to that purpose, I think you’re gonna go out there and do something really special.”

“That’s the thing, too, that I love about AEW. There’s so much time in these matches to tell these stories.”