John Cone gets his Talent Relations job back, details on Nick Khan’s vision for the future of WWE, more on recent changes 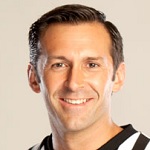 Longtime WWE referee John Cone is already back with the company in the Talent Relations department.

It was reported on Thursday that Cone has been released from his job as Senior Manager of the Talent Relations department as a part of the latest shake-up with John Laurinaitis taking back control of the department. It was reported then that Cone would remain with the company as a referee.

In an update, PWInsider reports that Cone’s termination from the Talent Relations department has been rescinded. He is already back with the company as Senior Manager of Talent Relations, under Laurinaitis.

There has been another confirmed departure from the Talent Relations department. Referee Dan Engler (aka Rudy Charles) has been released from his role with Talent Relations, but he will remain with the company as a referee.

Another release has also been revealed from the Communications department. Brian Flinn, who worked as Chief Marketing & Communications Officer, is now gone. He had been with WWE for more than 9 years after working with the NBA.

As noted earlier this week, the Talent Relations department also saw Nicole Zeoli released from her job as Director. She had been with WWE for more than 11 years, but moved into that job in February 2018.

“I am so humbled and overwhelmed by the amount of support from Superstars, colleagues, press and friends. Instead of everyone thanking me I want to thank you all. I truly hope I have to honor and privilege of working with you all again. Thank you from the bottom of heart,” Villa wrote.

It was reported earlier this week that WWE named Chris Legentil as their new Head of Global Communications, while Scott Zanghellini was named the new Head of Revenue Strategy & Development, and Alex Varga was named as the Vice President of Revenue Strategy & Development. These hires are related to Khan shaking up the Communications department and putting his people into power.

This latest Talent Relations shake-up leaves Laurinaitis with the ability to build a new Talent Relations team, but one source cautioned to PWInsider that the department could end up transformed into something else as a result of the sweeping internal changes that Khan is in the middle of as he restructures WWE to get the company in line with his vision.

It was noted that WWE Chairman & CEO Vince McMahon has given Khan great power and leeway to move WWE forward into the future and to prepare to make WWE into more of a mainstream entertainment property. Khan, who is bringing in many people from Creative Artists Agency (CAA), his former talent agency, is building a roster of trusted staff who will carry out his vision, and speak the Hollywood language that can help WWE grow revenue, build partnerships, and pursue business ventures that have never been attempted before due to WWE being seen as something of an anomaly in the entertainment world. Khan is looking for people who can speak the Hollywood language to sell WWE to Hollywood and beyond.

Khan is reportedly looking to raise WWE well beyond that with the idea of leaning heavily on its Intellectual Property, and positioning WWE as something similar to Marvel with lots of crossover appeal, not just for performers but for the characters and the WWE brand itself. Khan is also looking to present WWE as much more of a mainstream product, which is why we’re seeing recent broadcast hires with a sports background, such as Adnan Virk and Megan Morant. This is said to be an attempt to change the on-camera energy and presentation as much as Khan is changing things at the corporate level.

It was noted that the current internal restructuring is ongoing and there could very well be other changes and departures coming soon. The process was described as one that will be ongoing in the days and weeks ahead.

This Talent Relations shake-up was separate from Mark Carrano’s firing from his job as Senior Director over the Mickie James incident, which you can read about here.

Regarding the Mickie incident, below are more Twitter reactions to the various statements and comments from people like CM Punk, Gail Kim, Jillian Hall and Darren Young:

I am so humbled and overwhelmed by the amount of support from Superstars, colleagues, press and friends. Instead of everyone thanking me I want to thank you all. I truly hope I have to honor and privilege of working with you all again. Thank you from the bottom of heart. pic.twitter.com/Ppa4ZuV6gq

I was constantly harassed by him about losing my job and I just stayed quite. https://t.co/e6dnk5u83y

Apparently I blamed the wrong person for my trash bag of ring gear over 10 years ago 🤷🏼‍♀️.. she’s not with the company anymore 🤦🏼‍♀️

Well I’m glad Hunter took initiative but it’s been happening since before I was there. Is it always the same person? At least they did something I suppose 🤷🏻‍♀️ https://t.co/lrTXx4gGay

Well we will never know. I definitely believe it’s been many people over the years and if someone was fired it was the person who was sacrificed. If it changes things from this point on, at least it’s something. https://t.co/KvpwCSgN4m

Correct. Change the system and culture. Don’t blame and fire. That solves nothing. https://t.co/RZAkiWY2sM

Well in that case, every girl that worked there for the past ten years plus should get an apology https://t.co/84LpFtIjHA