Chris Masters: “I’m focusing on the NWA and my education” 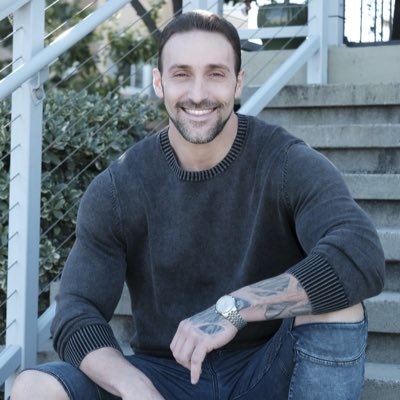 On a possible WWE Return:

“I’ve been out of the company since 2011. I’d love to come back for a Royal Rumble or something like that. I mean you never say never. I feel like they could potentially reach out again at some point. But I’m kind of at the point where at this point I feel like I have been exiled to a certain point. We’ve seen it happen in the past. Like I said, never say never, they could reach out to me for something. I’ve just kind of taken it off my list of goals at this point. I’m focusing on the NWA and my education. It would be an exciting thing, but when you haven’t been reached out to in that period of time, it feels like that’s it.”

“I’ve talked to MVP about this. It only makes sense. If anybody is going to use the full Nelson, the guy who broke it and a guy who is a physical force like Bobby Lashley. It only makes sense. It’s funny when he first started using it. All the mentions of people saying ‘That’s The Master Lock, not The Hurt Lock.’ I’d be lying if I didn’t say it didn’t create an opportunity, even if it was small. You know, whose got the best Full Nelson in professional wrestling. But it has been 10 years, and finishers are recycled in less time than that. But for no one to use the Full Nelson for 10 years. But yeah, Master Lock vs. Hurt Lock, that makes sense.”

Plans for him to become the youngest WWE Champion:

“I think early on. I was considered for a lot of stuff. I was supposed to win the Intercontinental Title but then the intervention happened, so it didn’t happen. I was supposed to win the Tag Titles with Carlito on the WrestleMania where we worked Big Show and Kane. But that got switched the day of, because of a change of plans, which happens. That’s one thing you learn about wrestling, you don’t count your chickens before they hatch. Before something actually happens, you don’t count on it. There was a pre-taped shot with Vince and me where Vince alluded to me being the youngest WWE Champion of all time. This was even after Randy had won it. I know they were considering Cena and me for an angle. I think probably looking back, if anything I think Cena might have shot that down. I don’t think Cena was too happy working with me around that time. [Chris asks why] I could have good matches with HBK, but I felt Cena thought he had to lead me. It’s probably because I was new and stuff like that. It was just a little bit more difficult ring chemistry wise. I don’t even know that for sure. But I was working a lot with Shawn Michaels and I was working a lot with John Cena in the house shows. Shawn was an easier match, but how many years experience did he have? As over as John was, we both started at the same time. I think the lack of experience was the big thing.”

Going to rehab for his addiction to painkillers:

“I had to go to rehab in my first WWE run. When I came out of rehab, I was lighter. Everyone thought I was on steroids, but it wasn’t. I had a prescription pill issue, which a lot of people have had in the business. When I was in rehab, I would wake up every morning and I would go on this 2-mile run. But for someone like me to do something like that, it was for my sanity. By the time I left I had lost 15-20 lbs. I came back slimmer, and I hadn’t really thought about it [the weight loss]. Because I was in rehab, I had much deeper issues. When I came back to WWE, I heard a little bit of chatter. Then I felt some pressure to put on 10lbs and eat a little more. The reaction was enough.”

On working for NWA:

“That’s the wrestling I grew up on. I know that wrestling has evolved over the years, but I think that there are some things that should still stay the same. You know the selling, the storytelling and all that stuff. It’s not to say I don’t love the new stuff too. These guys are doing stuff and high spots that we thought we would never see. When you watch NWA, the guys don’t look contemporary to me.”