Hallmark will be releasing several DC Comics-related Christmas ornaments this year, and one features veteran WWE Superstar John Cena as his Peacemaker character.

The $19.99 ornament will be released on October 2. You can see a few photos below.

It’s likely that there will be loads of similar Suicide Squad and Peacemaker merchandise released in the coming months. Director James Gunn joked about the ornament when a fan brought it to his attention on Twitter.

“Nothing says Christmas like a guy who kills for the sake of Peace,” he said of the ornament, which shows Cena throwing a punch instead of carrying his gun.

Gunn has previously said Cena’s Peacemaker character is “incredibly over the top.” The character is a soldier and superhero who loves peace so much he’s willing to kill for it. This will be a starring role for Cena, and the first live action incarnation of the character.

Below are the official product details for the ornament, along with photos from Hallmark:

A huge, hulking specimen with muscles on his muscles, Peacemaker is a world-class marksman. He’s more than willing to fight, and even start a war, but of course it’s all in the name of keeping the peace. This Christmas tree ornament features the iconic Super-Villain in a dynamic pose, perfect for fans of the new film “The Suicide Squad.”

* Artist crafted by Robert Hurlburt, this Keepsake Ornament comes pre-packaged in a box for easy gift giving, preservation and storage. Dated 2021 in copyright. 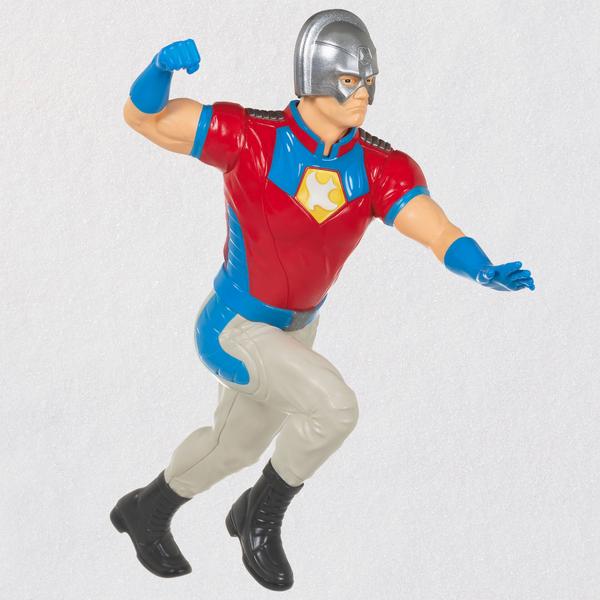 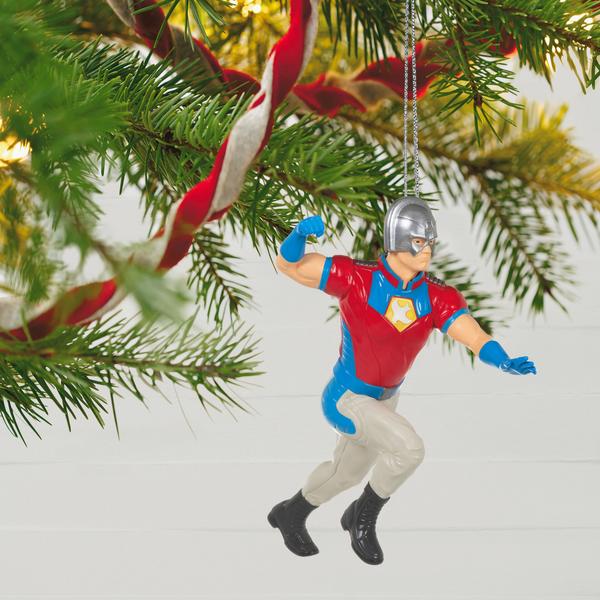 Nothing says Christmas like a guy who kills for the sake of Peace. https://t.co/r1yASXl1Pl