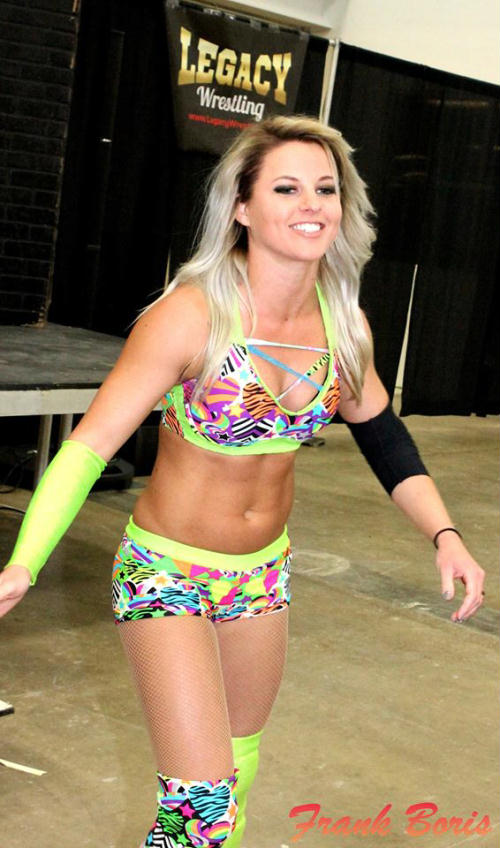 The next challengers for WWE NXT Women’s Tag Team Champions Ember Moon and Shotzi Blackheart have been revealed.

It was announced during tonight’s NXT episode that The Way’s Candice LeRae and Indi Hartwell will receive an upcoming title shot from Moon and Blackheart.

There’s no word yet on when the title match will take place, but this will be a rematch from the recent NXT “Takeover: Stand and Deliver” Night Two event. That match saw Moon and Blackheart retain their titles, in what was just their second title defense since winning the straps in early March.

Tonight’s NXT show featured a backstage segment where LeRae led Hartwell to confront the champions. Hartwell asked why didn’t they just go ask NXT General Manager William Regal for a title shot, but LeRae called Regal a saboteur. LeRae confronted Moon and Blackheart only to find out that Hartwell had abandoned her, presumably for a rendezvous with Dexter Lumis. Moon and Blackheart ended up beating LeRae up. Hartwell later joined The Way in a backstage segment and revealed that she met with Regal, not Lumis, and the General Manager had granted the future title shot.

The Way vs. Moon and Blackheart was not announced with the matches for next Tuesday’s NXT show, but it still may take place on that show.

Stay tuned for updates. Below are a few related shots from tonight’s show: