Ace Austin: “I had an incredible run as X Division Champion” 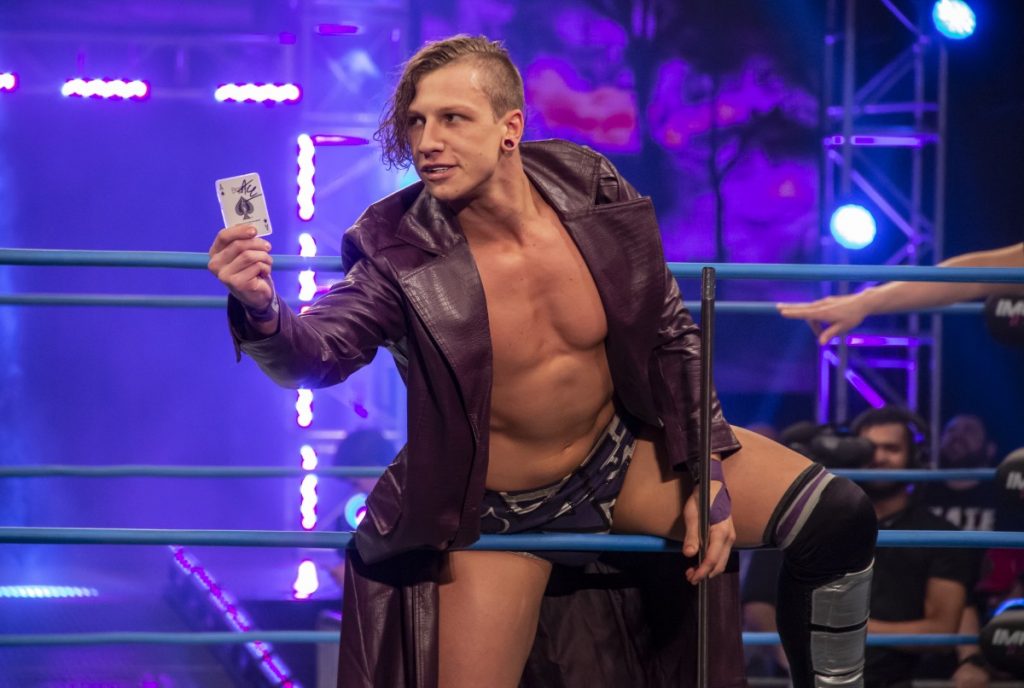 On Winning the X Division Championship for a second time:

“It definitely does feel different. I’ve been telling this full circle story about that match at Sacrifice. It was a total coming around of my IMPACT Wrestling career, and I’m seeing it as that next launching point into making up for what I consider my greatest failure, which is back then. In the beginning of my career, I was undefeated for 4 months. TJP re-debuts and just smokes me. We have a rematch a week later, it’s very competitive, but he taps me out in the end. So TJP just really upset me in the beginning. We never came back around to that match. 4 months later, Bound for Glory happens and I win the X Division Championship. My career takes off, I dye my hair purple, and everything went great from there. I had an incredible run as X Division Champion, as soon as that ended I went into the World Title picture. Slammiversary main event, huge deal. That moment was my greatest career failure. When that didn’t happen, I went into the Tag Team division, and that rolled into Bound for Glory. After that, stalemate for a while, I wasn’t sure what was going to happen. All of a sudden it came full circle, I beat TJP for the X Division title.”

His future goals in IMPACT Wrestling:

“I haven’t taken my eyes off of the World Title since Slammiversary. When I ended up back in the X Division picture, I have option C. I knew that becoming X Division champion meant that there was a sure fire way I could get a title shot. After Rebellion, who knows what that might mean?”

On meeting AJ Styles at a meet and greet before becoming a wrestler:

“For $20 I got a photo of me and AJ Styles in the ring when I went to an IMPACT Show in 2014. I had never been in a ring before that. As soon as I stepped on the canvas, it was like nothing I stepped on before. I lost my balance, total fail. That was January 2014, May I started training and in September The Wild Samoans were doing ring crew for a TNA show in Bethlehem, PA. I went as a student, I did ring crew, saw the backstage set, it was crazy to see. I was helping take tables from under the ring and saw Jeff and Matt Hardy show up. I said hello and asked for some advice on what to wear on my ears when I wrestle. That year was such a fast track. April 2015 was when I debuted. In Pennsylvania, I couldn’t perform until I was 18, so I didn’t have a choice. I was told I was ready for matches in 4 months, so I was just doing training matches every week until I turned 18. After that, I was doing a lot of stuff.”

On who he would like to face in AEW:

“I know the Twitter-verse wants to see me and Sammy Guevara. That’s a match that has never happened one-on-one. We did have a triple threat once for XWA with Anthony Henry. A lot of people want to see me and Darby too. PAC also for sure, we are both ultimate athletes. But Kenny Omega, that is inevitable”