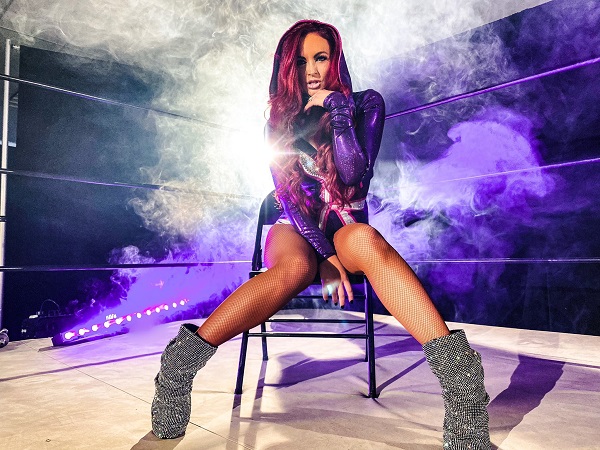 – Maria Kanellis and Mike Bennett have officially signed with Ring of Honor after making their return last year, reports PWInsider. The two revealed the news during an interview with the website that has yet to be published. ROH is expected to make an official announcement soon.

Ring of Honor is pleased to announce that Mike Bennett has re-signed with the company.

Bennett returned to ROH last fall after a five-year absence and reunited with longtime best friend Matt Taven to form The OGK.

Having overcome personal demons and professional frustration during his time away from ROH, Bennett has shown that he’s better than ever.

Bennett’s roots in ROH run deep. He won ROH’s first Top Prospect Tournament in 2011 and went on to form The Kingdom, which would become one of ROH’s top factions, with his girlfriend (now wife) Maria Kanellis, Matt Hardy and Adam Cole.

Ring of Honor is pleased to announce that Maria Kanellis-Bennett has re-signed with the company.

The First Lady of Professional Wrestling returned to ROH in December after a five-year absence to announce the launch of ROH The Experience and her involvement in the groundbreaking fan-engagement initiative. She will continue to play a vital role behind the scenes in ROH in addition to being an on-air talent.

Kanellis-Bennett made her ROH debut in 2011 and went on to be a founding member of The Kingdom, which would become one of ROH’s top factions, with her boyfriend (now husband) Mike Bennett, Matt Hardy and Adam Cole.

Outside of pro wrestling, the former WWE Diva of the Year has appeared in reality shows, including “The Celebrity Apprentice,” and graced the cover of Playboy.

– In an recent interview, rock guitarist and frequent WWE collaborator Nita Strauss said she would like to wrestle for WWE at some point, adding that she’d like to team up with Becky Lynch.