Notes on Andrade and Charlotte 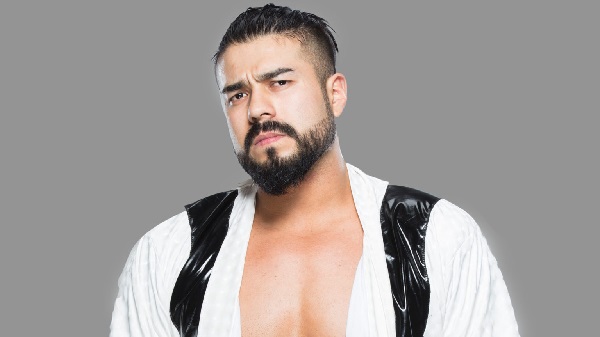 On a related note, Andrade took to Twitter this week and posted a few interesting shots as he and fiancee Charlotte Flair prepared to fly somewhere tropical for her belated birthday vacation trip. Flair turned 35 back on April 5.

Andrade tweeted a photo from the plane and wrote, “See you later! #Tranquilo & enjoy my life!”

Before that he tweeted an interesting video package that shows various moments from his pre-WWE career, with scenes from CMLL and NJPW. He noted in the caption that he’s “back” and is ready to travel the world to achieve his goals.

“I’m back and it’s time to remember who I was and travel the world to achieve my goals. [fist x3 emoji],” Andrade wrote with the video that you can see below.

He posted the same teaser video to Instagram and wrote, “the world is mine”

As noted, Andrade requested his WWE release on Monday, March 8, and was granted the departure on Sunday, March 21. He has been free to sign with whoever he wants because there was no 90-day non-compete clause with his WWE contract. Andrade has teased signing with a new wrestling promotion but there’s no word on who that might be.

Stay tuned for more on Andrade’s post-WWE plans. You can see the related posts below:

I'm back and it's time to remember who I was and travel the world to achieve my goals.
Estoy de regreso y es momento de recordar quien yo era y viajar por el mundo para obtener mis metas. 👊🏼👊🏼👊🏼 pic.twitter.com/3THn97XIrj