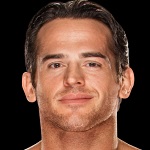 Tonight’s WWE NXT show featured a segment earlier in the show where Strong and wife Marina Shafir were shown entering the WWE Performance Center. Strong later met NXT General Manager William Regal in his office and handed over an envelope of papers, presumably his notice, and then said he was “done” in NXT.

Regal admitted that Strong gave him trouble at times with The Undisputed Era, but said he is a consummate professional, and is welcome back to NXT at anytime.

WWE later noted that Strong has officially resigned from the NXT brand.

Before tonight, Strong was last seen in the storylines during the “Takeover: Stand and Deliver” build for the Adam Cole vs. Kyle O’Reilly feud. He lost to Cameron Grimes on last week’s Takeover go-home show and was scheduled to compete in the Battle Royal to determine the Takeover Gauntlet Eliminator participants, but there was a backstage segment where Strong was shown leaving the venue.

WWE often calls wrestlers to the main roster around this time of the year, but there’s no word yet on if Strong is headed to the blue or red brand. The veteran pro wrestler has been with WWE since October 2016. Shafir signed with WWE in May 2018 but hasn’t had much of an in-ring career.

Stay tuned for more on what WWE has planned for Strong and Shafir. Below are a few shots from tonight’s show:

.@roderickstrong has officially resigned from #WWENXT.