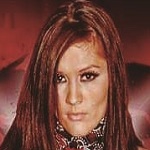 Ivelisse Velez made an interesting comment on her AEW status this week, but quickly deleted the post.

A fan asked Ivelisse about not seeing her on AEW TV as of late.

“If only I could speak,” she wrote.

It was noted by the Wrestling Observer Newsletter that Ivelisse has been working for AEW on a per-event deal, and not a full-time contract. It was noted that there was an issue with Ivelisse and “a few” AEW coaches, and she’s not being booked right now. While she’s not being booked right now, the company has not parted ways with her. She noted back during an interview in October that she had signed with AEW, but The Observer reports that this was not a full-time deal.

One fan commented this week that he believed Ivelisse was gone from AEW. Another fan responded that this was incorrect, and Ivelisse agreed with that second fan.

One fan noted last week that it’s about time for Ivelisse to crack the top 5 rankings for the AEW women’s division. She responded, “Technically shoulda been a long time ago according to win % which is what it go by”

Ivelisse last wrestled on the February 24 AEW Dark taping, teaming with Diamante for a loss to KiLynn King and Red Velvet. She has worked numerous AEW Dark matches over the past several months, but her last Dynamite match came on December 16, when she and Diamante lost a match to Big Swole and NWA Women’s World Champion Serena Deeb. Ivelisse is usually on the winning end of her matches. She does continue to re-tweet messages from fans who would like to see more of her in AEW.

Ivelisse continues to take bookings via ivelezbookings@gmail.com, and is the current SHINE Champion, last defending her title against Allysin Kay in late January. She is also scheduled to defend her LNO Title (Ladies Night Out) against Su Yung at the Midnight In Tampa event on April 9.

Stay tuned for more on the AEW status of Ivelisse. You can see the related tweets below:

Technically shoulda been a long time ago according to win % which is what it go by https://t.co/dAZkLr7fzz

Unfortunately I believe you are right