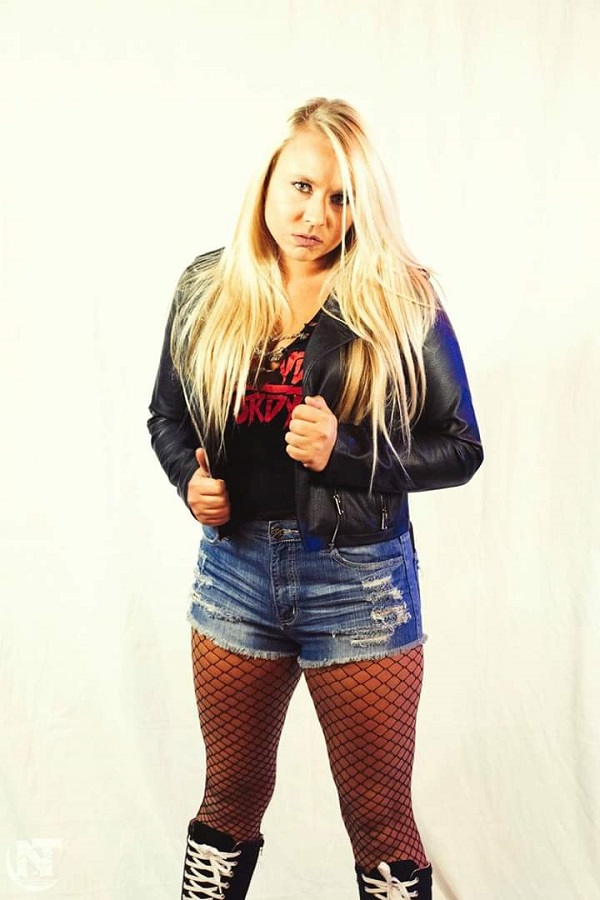 The Wrestling Inc. Daily recently spoke to Miranda Gordy, daughter of WWE Hall of Famer Terry Gordy, who discussed her recent WWE tryout and more. Below are some highlights…

Miranda Gordy on who she would want to wrestle in NXT: “Honestly, two people that I would love to work with from NXT right now, and I trained with both, both have had a hand in training me, one would be Theresa Serrano. She goes by Zoey Stark. I love her. She was there from my first bump. She helped get me started. She’s super awesome, really nice. She’s so passionate about wrestling. I would love to have a match with her because I haven’t yet. That needs to happen, and then another person that was really big in my training was Ember Moon. She was there, and she helped get me ready for the drills and stuff before COVID hit so over a year ago now, but she was a big part of my training, so I would love to just have a match with her to be like, ‘yeah, I worked with my trainers.’ [I’ve been training] in Denton, TX. My main trainer’s name is Night Davis and he ran XCW out of Denton, TX. And he’d been out of the business for a while, and he came back just for me out of the kindness of his heart and started training me. And after Ember had her injury, she was looking for something to do in the meantime, and they kind of joined up and started a school. It’s called The Dojo, and it’s in Denton, TX, and so Ember helps with that. She’s awesome. She’s passionate about it as well. She loves what she does, and I enjoyed her as a trainer, so she’s great.”

Miranda Gordy on her ultimate goal for wrestling: “I’m open to go with the flow. I absolutely would work for AEW, WWE. I think ultimate goals would be Japan just because I got a taste of it this time last year, and I had such a good time. I grew up on my dad going to All-Japan Pro Wrestling, and so that’s kind of what always has piqued my interest. I got a little taste of it last year, and I think I want to go back. That would be my ultimate goal to stay over there for a while. There’s tons of companies over there or just do one-offs, just go for a couple weeks and then come back. Work different places over there and just really see the world, anywhere that’ll take me.”

On what it’s like wrestling in Japan compared to the US: “The crowd interaction is a little different, what they applauded for. I mean just the culture and the people, just the way that they were with fans and at the shows and stuff. It’s not completely different, but they, as fans, are super passionate about it as well. They were really welcoming. Obviously, my dad was a big deal over there. So they were all super excited to meet me and and share stories [about] how my dad made them feel. All of that is really healing to me because my dad passed when I was young and so getting to kind of live vicariously through people and seeing how my dad affected them in a positive way is just reassuring. It feeds my soul. So being over there was just the ultimate thing for me. Getting to go to Ribera, I got the jacket. I never thought in my life I could do something like that or accomplish anything like that, and so getting to do it early in my career and the possibility of continuing to do it, I’m on top of the world in my own world right now.”