Edge to wrestle on next week’s SmackDown, Women’s Championship on the line 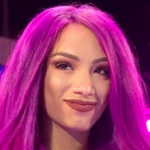 WWE Hall of Famer Edge will make his return to the SmackDown ring during next Friday’s episode on FOX.

Edge will wrestle Jey Uso on next week’s SmackDown. It was announced during tonight’s WWE Fastlane contract signing for Daniel Bryan vs. WWE Universal Champion Roman Reigns that Edge vs. Uso will take place next week with the winner being named the Special Enforcer for Bryan vs. Reigns.

Edge has not wrestled a SmackDown TV match since his win over Drew McIntyre on the March 25, 2011 edition of SmackDown.

Jax will challenge Banks just two days before Banks and Bianca Belair challenge Jax and Shayna Baszler for their WWE Women’s Tag Team Titles at Fastlane. Jax noted during tonight’s SmackDown that she is challenging Banks so she can go into Fastlane with two belts.

Stay tuned for more on next week’s final SmackDown episode before Fastlane. Below are a few related shots from tonight’s episode:

IT'S OFFICIAL!! For the first time in 11 years, @EdgeRatedR will compete in a one-on-one match on #SmackDown against Jey @WWEUsos! The winner of the match will be the Special Guest Enforcer for the #UniversalTitle Match at #WWEFastlane! pic.twitter.com/ZHr0Y7eKpB