Gail Kim Weighs In on Work Behind the Scenes at Impact Wrestling, Possible In-Ring Return 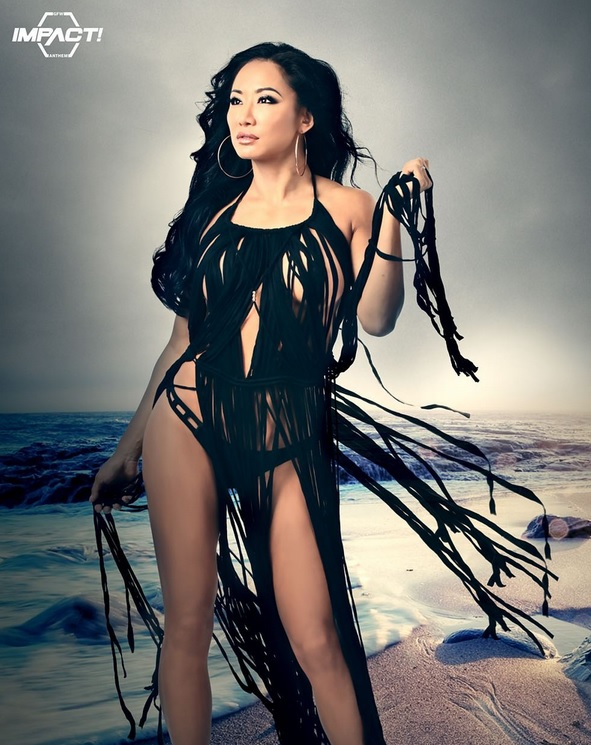 Gail Kim recently appeared on Busted Open Radio, and she discussed a variety of topics, including how she approaches her role as an agent in Impact Wrestling.

When discussing the type of feedback she gives performers, Kim mentioned how she approaches the role as a former wrestler (via Fightful):

“I try to give a little bit of both [life and wrestling advice], if I can or if they’re comfortable with that. I am always there for them no matter what. Wrestling-wise, I think all of them know my personality now. I am very direct, I don’t like to beat around the bush, and we don’t have time to waste. I think they know that when I come at them in a very direct way, I’m just trying to help them. I love it. I feel like I’m very hands-on with the women. I have agented some of the guys’ matches, too, here and there, and I, of course, love producing in passing on knowledge in any way for male or female [talent], but my heart is with the women, I can’t lie about that.”

Kim also explained that if it wasn’t for her happiness as an agent, she would probably find a way to get back in the ring as a performer:

“I’m very invested in that division, it’s like my baby in a lot of ways and when they knock it out of the park, my adrenaline is just as high as theirs is and I’m just so grateful that I get that feeling just watching them wrestle and accomplishing what we try to do together. It’s a great feeling that I can get it. I think if I wasn’t getting that feeling, I would probably be back in the ring because I would miss it too much.”

Kim’s most recent match was back in April of 2019 when she squared off with Tessa Blanchard at Impact Wrestling Rebellion.