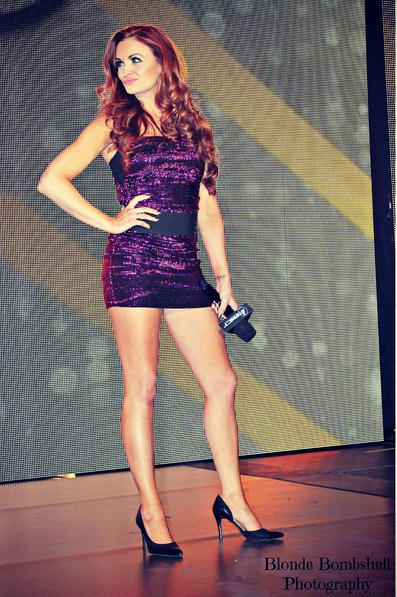 In a recent interview on Ring the Belle, Maria Kanellis discussed wanting the Divas Championship to return, the WWE women’s locker room during that era, and much more. You can read her comments below.

Maria Kanellis on her defense of the WWE women’s locker room during the Divas era: “I read somewhere where someone said that, ‘Oh, the women’s locker room back then was so catty and gossipy and blah blah blah.’ There’s always some of that, but at the end of the day, we fought for each other. The guys handled their business and the women did… that was not my experience at all. My experience was even when I was feuding with somebody, whether it be personally or just on camera, we still fought for each other to have more time in the ring, to have a bigger platform within WWE. So, all the girls fought for each other. Even the ones that I didn’t like or they didn’t like me at the time because we were young, and it’s weird thinking back on it.

“Victoria took care of all of us. She was like mamma bear. She would be one of the first ones that would jump in the ring with you so you could try something on her. So, I would definitely say her. Gail was there and Gail’s just such a tremendous performer, and luckily I got to work with her again when I worked in Impact. Beth was amazing. She was so solid when you were in the ring with her. You never were worried that things were going to get screwed up. Mickie was hilarious. She had a way of just easing all the tensions. She would say the most dirtiest things to you sometimes when you were in the ring, and I’m like, ‘No, I’m trying to be serious here.’ You know, all these stories that you hear, looking back on it, I never think about it that way. The guys, you know, some them, woof. But the girls, I always think of us as this incredible team of like fighting for each other.”

On wanting the Divas Championship to return: “I get so tired of the ‘That’s controversial’ or whatever. It’s not controversial when you look at the talent back then. Yeah, they didn’t get to spotlight their talents as much as they should’ve, but Beth Phoenix was an incredible worker. She was a champ. Michelle McCool was incredible. She was a champ. Melina was awesome. Mickie [James] was awesome. How can you say the Divas Championship didn’t mean anything? Because you only saw those short matches on TV didn’t mean those girls couldn’t have longer matches. They did on house shows. I would love to have the Divas Championship back to say, ‘Yes, I can be sexy. Yes, I can be strong. Yes, I can be intelligent. I can be all these things at once.’