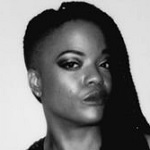 AEW star Big Swole took to Twitter last night and wrote about her struggles with Crohn’s Disease over the past year.

Swole’s comments came after AEW President & CEO Tony Khan noted during Sunday’s post-Revolution media scrum that Swole had been out of action as of late due to the disease. Khan talked about how strong of a competitor Swole is and how much he likes her. He also said she hasn’t been active or ranked in 2021 because she had a flare up of the disease shortly before they started the Eliminator Tournament. He called her a great asset to the company and said he hopes they can have her in regular competition as she gets healthier.

Swole, who is married to WWE RAW Tag Team Champion Cedric Alexander, appeared on Saturday’s special AEW Dark episode to cut a promo on how she wants a shot at the AEW Women’s World Title as she was the top ranked female competitor before the Eliminator Tournament was held. She has not wrestled since the January 12 Dark episode, where she defeated Alex Garcia.

Swole noted in her Twitter statement how 2020 was a rough year due to her bout with pneumonia, her Crohn’s disease, and the COVID-19 pandemic. She started to have flare-ups in the fall, which led to various problems, including mobility issues. She asked fans to bare with her as she gets the treatments that she needs to heal.

You can read Swole’s full statement below:

“This past year has been filled with ups and a lot of downs. After my bout with pneumonia early last year, I was informed that resuming my medicine for Crohn’s would result in death given the COVID-19 circumstances. Seeing as how the biologic I was on shuts down my immune system and acts as such resuming my medicine was not an option. I was doing alright self-managing until the flare ups started in the fall. As some of you may not know Crohn’s attacks the body as a whole so on top of my intestines issues different body parts would lock up and become incapable of bending at the joints. Some days I could barely walk and that took a toll on me emotionally and mentally. Living with this disease may seem like a thorn and it is but it also shows me that His grace is sufficient and no matter what happens I will smile because I am more than a conqueror. I am Swole and that mentality/faith will carry me through it all. I ask that you bare with me, I’m getting the treatments that I need and my journey to complete healing is underway. Thank you for your love and thoughtful messages, I appreciate them and you! Much love to everyone, be safe! #Chronies”