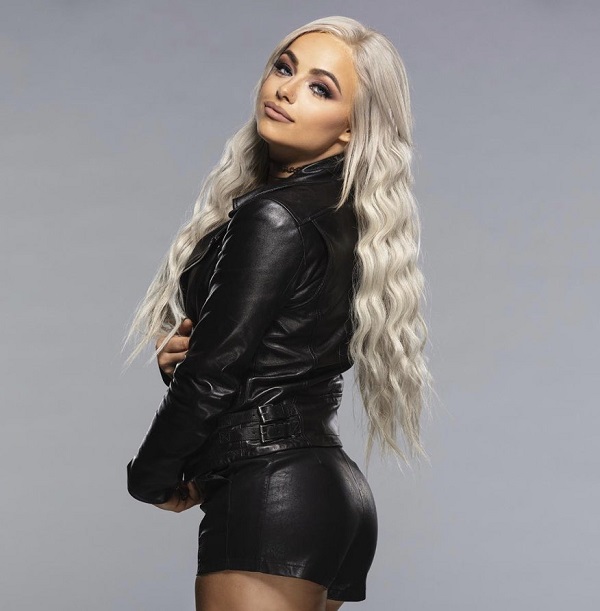 In an interview with TalkSport, Natalya praised the leadership abilities of Liv Morgan, who said she is a locker room leader like Tamina and Bayley. Here are highlights:

On the locker room leaders of the women’s division: “You know who I see leading in a way that I think is really cool… we have so many leaders on SmackDown, I will say that we just have a lot of girls that lead. I have been working lately with Liv Morgan. And we have been training together privately and she has been coming and working with me. I really see Liv – and Ruby actually, both of them – but having worked very closely with Liv, I really think Liv has leadership skills that many people don’t know about. She was in developmental for a long time. And I watched Liv in our wrestling practice – TJ and myself, we were watching here – and people don’t realize it because she looks very young, but she actually has a lot of leadership qualities about her that I’m impressed with. I’m impressed with how she brings them to the ring but not a lot of people know that. I told Liv ‘don’t forget, you’re actually a leader.’ She helps people and you don’t event realize she’s doing it. If we need to make somebody look really strong for example, Liv takes herself out of the match and says Ok, I don’t want to look weak but I need to make sure I tell the story of David Vs Goliath and she really puts herself in a leadership role. I also think Bayley. Bayley is someone who I see really is a leader in the locker room as well as Tamina Snuka. Tamina is the mumma bear of the roster. When Chelsea Green broke her wrist, Tamina took control and made sure Chelsea was safe. She stayed with her, went with her to the hospital; Tamina Snuka is a cornerstone of our locker room, she’s very special to our locker room.”

On Liv Morgan: “Liv’s got some leadership skills that if I was a casual fan watching, because she looks very young and immature on TV because that’s kind of her character where she’s this girl who is trying to figure out who she is, but she is solid. She’s really solid in a lot of ways. And she puts in the work. She comes in and trains with me two days a week. She wants to grow and she wants to be better.”

On helping the future generation of wrestlers: ““Every woman should aspire to inspire somebody. I can’t imagine being a world-renowned, life-changing doctor and not wanting to pass on my skills that could save someone’s life. And I’m not saying I’m a doctor [laughs] but as a skilled pro wrestler who trained with some of the greatest wrestlers in the world from the dungeon to working with Tokyo Joe who has passed on now, but he was a world-class Japanese coach and triple-crown champion in Japan, he trained us. He trained TJ and myself, I’ve had my uncles in the Hart family, TJ, Dr Tom Prichard, Fit Finlay – I’ve had so many great people train me and pass on so much knowledge that, to me, I think it would be an injustice if I didn’t pass on that knowledge to others. The way I look at it is, I’m confident enough in my own work and ability, especially in the ring that I have more than enough knowledge to pass it on and still be able to bring everything I need to bring to the table.”