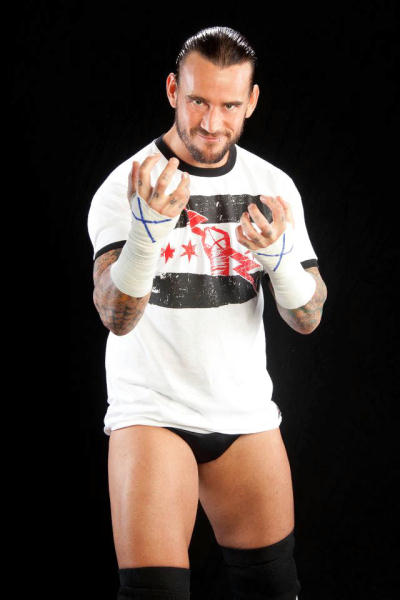 Former WWE Champion CM Punk says it means nothing to be in the main event of WWE’s WrestleMania.

As noted earlier, Punk took Twitter questions from fans this week. You can click here for his comments on AEW surprises and the AEW roster. Punk was also asked if deep down it bugs him that he never got to be in the main event of WrestleMania as he made a huge impact on pro wrestling and was a main event talent for a while.

“No. It’s a trap I fell into. Doesn’t mean shit,” Punk responded.

He responded, “I’ve taken both of em! Neat!”

In other wrestling comments, Punk said “nope” when asked if he has any upcoming projects in the works with WWE On FOX. Punk signed with FOX Sports to work as an analyst on WWE Backstage before the show was nixed due to the COVID-19 pandemic last year. When asked to pick The Midnight Express or WWE Hall of Famers The Rock ‘n’ Roll Express, Punk wrote, “Midnights.”

He wrote, “Good for Bobby!”

The UCLA Radio Twitter account asked Punk about his favorite match that took place in Los Angeles. Punk named the SummerSlam 2013 No DQ loss to Brock Lesnar at the Staples Center.

In what could be seen as a shot at the current women’s divisions of WWE and AEW, Punk named a UFC fighter when asked who is his currently his favorite women’s wrestler. Punk named UFC’s Tatiana Suarez, who is a champion freestyle wrestler and straw-weight tournament winner from The Ultimate Fighter season 23.

Punk named WWE Hall of Famer “Sensational” Sherri Martel when asked who was his favorite female wrestler to go up against. Punk and Sherri were involved in some of the same programs when working for the Mid-American Wrestling indie promotion in the early 2000s.

Finally, Punk was asked if it will ever be “clobbering time” again.

“Everyday is clobberin’ time,” he responded.

You can see Punk’s related tweets below:

No. It’s a trap I fell into. Doesn’t mean shit.

I’ve taken both of em! Neat!

Gotta be me vs brock!