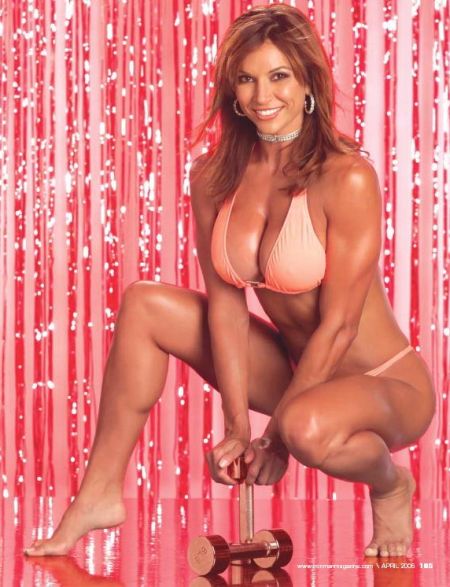 In a recent edition of 83 Weeks, Eric Bischoff discussed the rumors surrounding him having a relationship with Kimberly Page, Diamond Dallas Page earning respect in WCW, and much more. You can read his comments below.

Eric Bischoff on rumors of him having a relationship with Kimberly Page: “I happen to know who started the rumor, and I’m not gonna mention the individual’s name because it doesn’t really matter anymore. But one individual decided to spread the rumor that there was some open relationship between myself, Mrs. B, Diamond Dallas Page, and Kimberly. Nothing could be further from the truth. In real life, in 1996 and 1997, let’s just set aside the fact that I would’ve never participated in that for a whole lot of reasons. But one of those reasons is the fact that Kimberly and I did not get along at all.

“There were more than one occasions socially where if I was over Page’s house having beers and Kimberly happened to be there, it would get so uncomfortable that I would have to leave. We just didn’t get along, and I’m not exactly sure why. But whenever we were together socially, it wasn’t awkward, but it was uncomfortable. She didn’t like being around me, and I didn’t particularly like being around her. I don’t know what it was, but it just was not good. That changed as time went on, and it was a lot easier for us to be around each other. Like I said, I know who spread that rumor, and I guess the wiser and more enlightened version of myself understands why. Whatever.”

On DDP earning the respect of the WCW locker room after some talent thought his friendship with Bischoff was the reason for his push: “You know what Page also had by this time? He had a lot of respect. A lot of the same people that were like, ‘The only reason he’s got this gig is because he’s Bischoff’s neighbor,’ there was a lot of that. I can understand that too because if you didn’t know me really well and you didn’t know Page really well, from a distance, the optics would make it look like here were two guys who were buddies, and Page actually helped Bischoff get the job in WCW, and here’s Bischoff returning the favor. What they didn’t know was Page was working his ass off in his own time to try to create those opportunities. What they also didn’t realize, and Page will tell you this if you set down and talk with him – I was tougher on Page than I was anyone else on the roster because he was my friend. Just like I would be with my own son or own daughter. I knew that he had to overcome his relationship with me. It wasn’t an asset, it was a liability for Page. He had to work twice as hard to get it. By 1997, Page had overcome a lot of that and actually had a fair amount of respect from all the boys.”