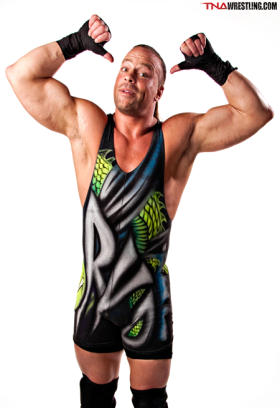 Former WWE champion and ECW legend Rob Van Dam recently spoke with the 90’s Wrestling Podcast to discuss his relationship with Chairman Vince McMahon, and how he’s preparing to be interviewed for an upcoming documentary for the WWE Network. Hear his thoughts below.

They [WWE] contacted me and asked if I’d be interested & that they wanted to make a documentary on me, and I said sure, I’d be interested. We haven’t actually shot much of it yet but it comes out in May. So we’re gonna be shooting a lot of it real soon. So I’m excited about it, I’m talking to them [WWE] about doing a book, we’re in talks, I don’t think our relationship was ever really severed ya know, because I keep in touch with Vince(McMahon), because he’s the only one I ever cared about, because I didn’t really wanna go back, so they really didn’t have anything I wanted, So if there are certain guys that I’ve burnt bridges with or whatever then, ya know hey shucks.