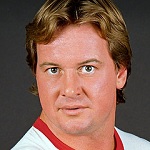 A new documentary on the old Olympic Auditorium in Los Angeles features one of the last interviews ever done with WWE Hall of Famer Roddy Piper.

Director Stephen DeBro will premiere his “18th & Grand: The Olympic Auditorium Story” documentary at the Slamdance Film Festival later tonight. The movie gives a “raw, often surprising” look at what was often called the Madison Square Garden of the West Coast.

“It was a palace of violence,” DeBro told Deadline. “People were fighting for a piece of the dream.”

It was noted that pro wrestlers like WWE Hall of Famers Piper, Gorgeous George and Andre the Giant made names for themselves in the smoky confines of The Olympic. Deadline reports that a riveting Piper gives one of his last interviews ever, if not the final interview, in the documentary as he passed away a few months after it was filmed, on July 31, 2015 at the age of 61.

In the interview, Piper describes the visceral aura of the venue, and talks about how wrestlers would walk out from the concrete bowels of the arena, walking through the crowd.

“I know what a gladiator in Rome must’ve felt like. You come out, and you’re behind them, which is good,” Piper said.

Piper noted that he liked to keep eyes on the fans because he played the heel and the fans hated him. He added, “the people who sat there they had boxes of popcorn, and they’d stick the knife up in the box of popcorn. It was the first time I got sliced, you know. When I’d go by, they’d go ‘schft’ [makes slicing motion] and they’d be gone…The crowd would close.”

The world premiere of “18th & Grand” will be hosted by ArcLight Cinemas, in partnership with Slamdance, tonight at 7:30pm local time at the Vineland Drive-In in City of Industry, CA. The premiere is sold out.

You can watch Deadline’s clip of the Piper interview from the final cut at this link. Below are a few clips, including an outtake, that the filmmakers released on YouTube several years back during production: