In the lead in to the modern classic match between Cody Rhodes and Dustin Rhodes at AEW Double Or Nothing 2019, a video package played with a memorable song that brought the match to a very real and emotional place. The man who created that song is Ian Abel. And, he’s our guest this week.

Ian Abel of the Ian Abel Band talks about how he got linked up to AEW via Cody and Brandi Rhodes, his fandom of pro wrestling, and the state of the music industry during COVID-19. Plus, he talks about the “Not Afraid to Die” song he wrote for Cody Rhodes that was used in the lead in to Cody’s match with Darby Allin. And, a whole lot more!

To listen to this great conversation, check out www.WrestlingEpicenter.com.

On how the COVID pandemic has been for him as a musician:
“It has been pretty awful! (laughs) At the start of the pandemic, I was living in Los Angeles. I’ve since relocated to Nashville and I’ve gone back to – Well, I always did side work. But, I’ve been doing side stuff. Currently, I’m sitting in a hotel room in Norfolk, Virginia doing some work on NAVY ships because there are no live shows. As soon as live streaming started to become a thing – I remember like the first week, Keith Urban did a live stream and I was like, “Well, great! That’s out the window!” (laughs) If Keith Urban and the A-Listers are jumping into this, there is no way I can get in here and try to take over. It has been bad. But, I’ve been blessed to make an income and still be able to put out music. But, it has been difficult. A lot of my friends have not been able to be on tours – Even the ones that drive tour busses haven’t been able to work. It has been tough for everybody.”

On this being the worst thing to happen to musicians since Napster:
“Yeah. Even putting out new music, which we did and put out two songs in addition to the song I was fortunate enough to have used on AEW – Which I’m sure we’ll get to, we put them out pretty much back to back. There’s something about putting out new music right now. People are excited! I’m excited too – When Chris Stapleton put out new music or Hiatus Kayote, Australian band… I am excited, but I still don’t feel full because I think, “Man, I’m probably not going to get to see this played live for another year, year and a half!” At least during Napster, sure you’re stealing the song but you still sell concert tickets, selling T shirts, get to perform live and see everybody enjoying it and people singing it. You get that interaction. That is what you’re doing it for. You do it for the crowd!”

On AEW giving him a big break by using his song at Double or Nothing 2019:
“Yeah! Break might be an understatement! (laughs) I’m a wrestling fan as well. Obviously, coming from Lousville, we’ve got Ohio Valley Wrestling, OVW. And, i grew up watching it. So, being a wrestling fan, I knew AEW was coming about. I saw All In and I thought, “Man! This is incredible!” Then, you start hearing the rumors and start reading the dirt sheets and you think, “Oh my Gosh, they’re actually forming a company?” Then, one day, I was working a side job… (laughs) An awful job in LA… On the off chance, I fired off an email to Brandi (Rhodes). I knew she was the Branding Officer and I knew I would never get a response from anyone else. I didn’t know her personally but following her and Cody, I was like, “Ok, she seems really cool.” I got a hold of her email (laughs) and I sent her the first single that we had put out – It was getting some good plays and some good traction. Within 10 minutes, she contacted me back and said that her husband, Cody, was looking for a song that sounded like Red Dead Redemption that I guess he heard on that game. They heard the way I played and I guess they thought maybe I had something or could write something. I was like, “I GOT YOU!” That weekend, I went into the studio and I sent them a few things. They treated a little like mushrooms – They fed me some shit and kind of kept me in the dark. That is understandable. They didn’t have any idea who I was. I had no clue (what match it was for.) I just knew it was going to be for a match. I had no clue it was going to be for, maybe, match of the century! It was incredible!”

On how the song ended up getting chosen:
“I spoke to Cody some. I spoke to Brandi a good amount. And, I spoke to Michael Cuellari a whole lot. He was very instrumental in setting the whole thing up. He sent me a text right as they dropped the promo on YouTube. It just said “congrats!” (laughs) I was still naive… I probably still am. But, I spent the rest of that day taking things down that I had put up as a teenager that I had forgotten about. I had forgot I had a Reverb Nation account! People were like “Is that the guy?” I had to take things down and try to funnel everybody to Spotify and the YouTube channel! It was a hectic day. But, a glorious one!”

On the song used at Double or Nothing:
“The song that was used for the Brother versus Brother match was a song I had written called “Shoes” when I was 19. I sent him that one and he said he liked it. The follow up one that we did with Darby Allin, “Not Afraid to Die”, that was actually the one I went in that weekend with my producer, Jon Graber, my good friend, and we wrote and recorded that weekend. That one, I wrote specifically for Cody. I still think that is a great song and could be used in a lot of different ways. But, my original intention was… Cody is a bit of a trail blazer in his own right. He’s kind of taken what his brother (Dustin) and his father (Dusty) did and kind of taken it to a whole new level. I kind of wanted to get that in the song. I was glad and relieved he was able to use that for himself again in a promo because that was the original intention.”

On if he’s had any talks about doing more work for them:
“There’s always a fine line! (laughs) They are as gracious as you would expect. I was in Nashville before I moved here – I think I was in town for the CMA Week. I was doing shows and AEW was in Nashville that week. I sent a text and, without fail, they had tickets for my Dad and I, no questions asked. My Dad drove down because he’s a big fan. I got to meet everybody which was real cool.. Getting to talk to Jim Ross and Chris Jericho… I lost my mind! I try not to bug them. But, they are remarkably busy. I don’t send them a text or an email, “Well, it is Tuesday! Here’s a new song I wrote.” (laughs) But, I do try to keep in contact. I talked to the guy who put the video together, a wrestler who goes by the name of Sunny Days, he said he got goosebumps talking about it. I saw it on his arms. That’s incredible. That’s my song! I stay in contact with him a bit. He’s always trying to find a way to work a song in. Like, right now he’s interested in a song I wrote called “Outlaw.” If he gets it in, that’s awesome. If he doesn’t, that’s cool. But, to be able to build a rapport with people I respect and know that we’ll work together again in the future is awesome!”

On his musical sound:
“I don’t think I’ll ever be able to get away from my Southern twang. (laughs) I like to look at it like if Kirt Hammett and ’86 Metallica got into a fist fight with Lynyrd Skynyrd! What is weird is my favorite band is Pink Floyd and I don’t have any songs that sound anything like Pink Floyd.” 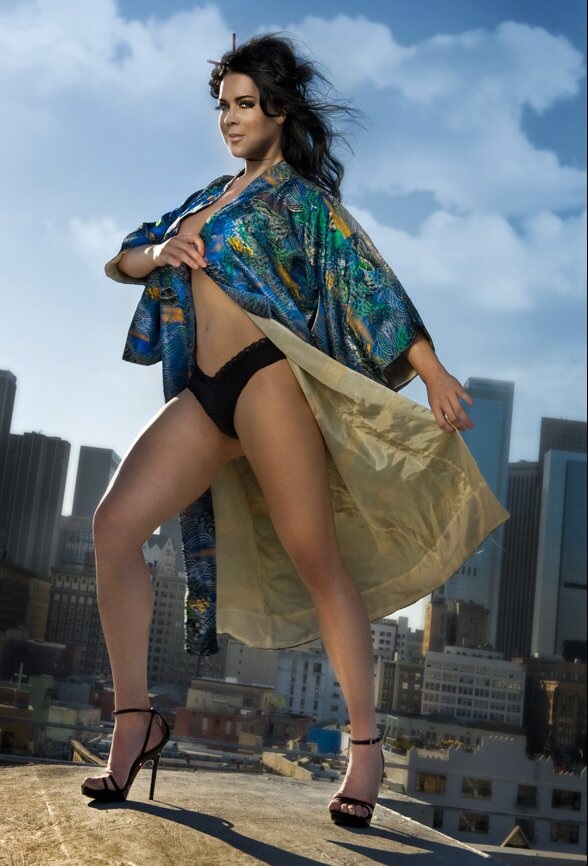