Uso took to his Instagram Stories this morning and posted two photos of the bruised toe.

Jey worked the SmackDown Elimination Chamber match, which was the pay-per-view opener. He entered the match last at #6, and spent around 10 minutes in the match before being eliminated last by the winner, Daniel Bryan.

On a related note, Uso revealed on his Instagram Stories today that brother Jimmy Uso was at the WWE Performance Center in Orlando training for his return to the ring.

Jimmy has been out of action since suffering a knee injury at WrestleMania 36 Night One in the Triple Threat Ladder Match with Kofi Kingston and then-SmackDown Tag Team Champion John Morrison. It was originally reported that Jimmy was expected back between November 2020 and January 2021 after undergoing reconstructive knee surgery, but Jey stated in a December 2020 interview that his brother was expected back in the ring during January or February 2021.

Stay tuned for more on The Usos. Below are the related screenshots of Jey’s toe and the videos of Jimmy training today: 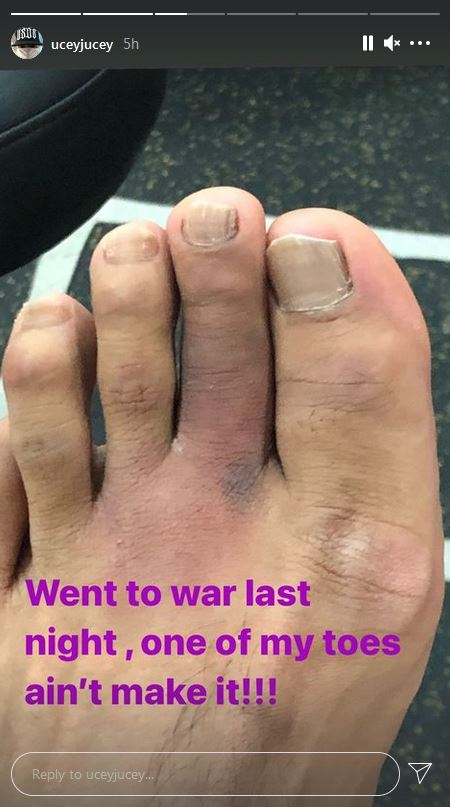 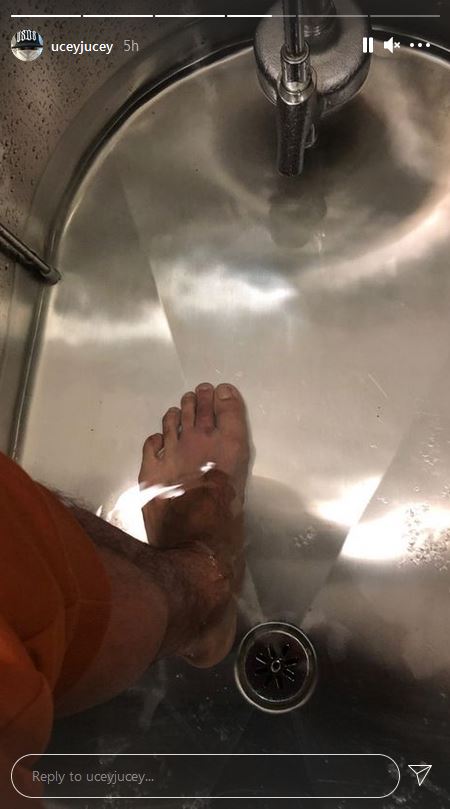