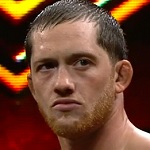 Kyle O’Reilly is not injured. O’Reilly was stretchered out of the Capitol Wrestling Center after last night’s WWE NXT episode went off the air, following the attack by Adam Cole. Fan photos noted that this was a scary moment and that O’Reilly appeared to be knocked out at one point. There was also some speculation on O’Reilly suffering a seizure as he’s a Type 1 Diabetic. This led to speculation that O’Reilly was injured and that the stretcher job was legit.

In an update, WrestlingInc reports that O’Reilly is not injured. He was backstage with Cole after the show, and was responsive after the incident in the arena. It was also noted that this was just a case of selling the show-closing angle, and that the incident was a work.

O’Reilly is reportedly doing fine and the stretcher job was just part of selling the NXT show-closing angle.

It was also said that WWE officials didn’t even anticipate that fans would think O’Reilly’s selling and apparent condition had anything to do with him having Type 1 Diabetes. This was described as a case of WWE running an angle after the show, but speculation ran rampant on social media due to fan photos being leaked without the real story.

To clarify, O’Reilly is doing fine and the stretcher job was just part of selling the show-closing attack by Cole.

Below are some of the original fan photos, along with video from last night: