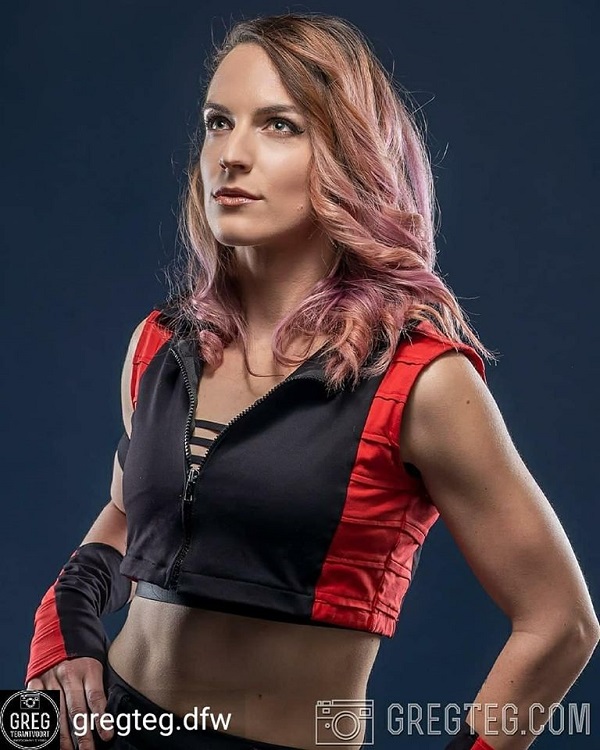 – Outside of wrestling, Bellamy has hosted Gamestop TV and also worked as a 3D designer and costume-maker. She has also occasionally worked as both a fashion and cosplay model
– In her first professional match, Vert Vixen teamed with Johnny Crews, Curtis Richter & Rob The Builder in a loss to Dyl Dempsey, Jeff Gant, Bruiser Munoz & Charles Dominic
– In December 2020, Vertvixen made the first of what would become a semi-regular run on AEW’s Youtube shows
– On June 13, 2021, Vertvixen & Prince Adam defeated Ashley Vox & Nastico to win the Sabotage Tag Team Titles