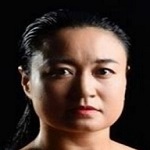 Today’s WWE NXT UK episode on the WWE Network will feature the debut of Meiko Satomura.

The Japanese wrestling legend will lock up with Isla Dawn in her debut bout.

Satomura is set to challenge NXT UK Women’s Champion Kay Lee Ray in the near future. Ray took to Twitter today to comment on Meiko’s debut.

“Got myself the best seat in the house for the arrival of @satomurameiko in @NXTUK! [eyes emoji],” she wrote.

NXT UK will also feature Noam Dar interviewing Sha Samuels on the latest edition of his Supernova Sessions talk show, Piper Niven vs. Amale, plus a Street Fight with The Hunt vs. Flash Morgan Webster and Mark Andrews.

Stay tuned for more on Meiko in NXT UK and updates from today’s show. Below are promos for Meiko’s debut and the Street Fight, along with KLR’s tweet: