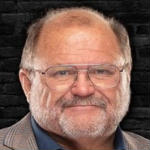 WWE Hall of Famer and current AEW star/coach Arn Anderson has been trending on Twitter today after an apparent snub from WWE.

Anderson was not included in the list, but it should be noted that everyone on the poll are still affiliated with WWE in some way.

The Enforcer is known for having one of the best Spinebusters in pro wrestling history. The fact that he was not included as an option in the poll did not sit well with fans on Twitter as they made the tweet go viral with responses and re-tweets.

WWE RAW Superstar Xavier Woods responded to the tweet and mentioned Anderson, and Simmons, being his choices for the best Spinebuster.

“I know it’s all personal preference but I think I land on Simmons/Anderson for this one,” Woods wrote.

It will be interesting to see if Arn talks more about the apparent snub on his “ARN” podcast. AdFreeShows.com, which produces Arn’s podcast, acknowledged the apparent Spinebuster snub in a tweet where they plugged a bonus episode to be released this Friday. As seen in the tweet below, they called Anderson “Mr. Spinebuster himself” when plugging the show.

Anderson was released from WWE in February 2019 after a live event incident with Alicia Fox. He had been with the company since WCW folded in 2001. He joined AEW in early 2020 and then announced in June of last year that he had signed a multi-year contract.

Stay tuned for more. You can see the related posts below:

Mr. Spinebuster himself, Arn Anderson, is bringing you a BONUS episode of @TheArnShow this Friday! The 25 year anniversary of AA beating Hulk Hogan on Nitro!