ODB Discusses the Origin of her Ring Name, Trying Out for WWE Tough Enough, more 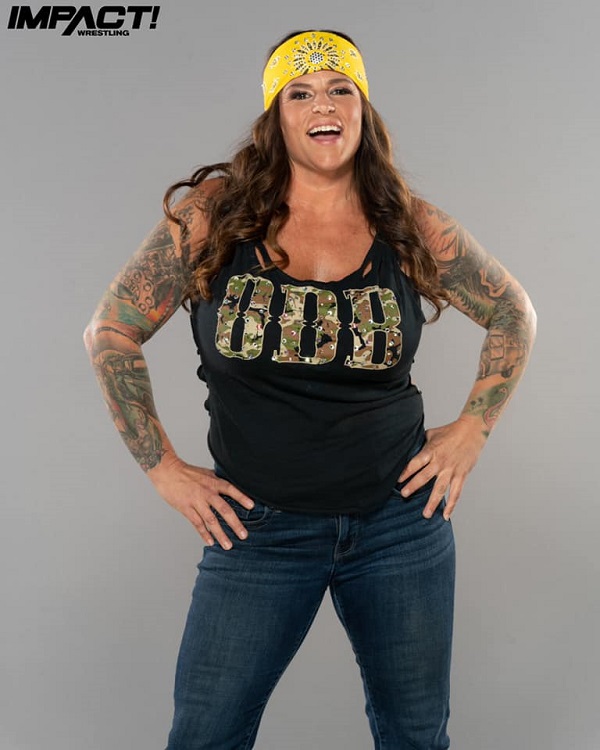 ODB got her start in wrestling trying out for the first-ever season of WWE’s Tough Enough, and she recalled the experience when talking with Chris Van Vliet. During their interview, ODB discussed how she got her start in wrestling and where the ODB name came from. She recalled how she hadn’t trained yet before she tried out for Tough Enough but still made the top 20, being cut because MTV didn’t see a story in her. You can check out the highlights and full video below:

On getting her start by auditioning for Tough Enough: “Well, actually, my first taste of wrestling — do you remember back in WWF days, it the very first Tough Enough back in 2000? I was like, ‘Oh my God! An easy way to get in wrestling! So I sent in my my tape, and my brother was like, ‘You need a cool name. You need a name that eventually, people will chant. Jesse’s not going to really be powerful.’ And he’s like, ‘One Dirty Bitch, ODB!’ And I didn’t even think about the Wu-Tang Clan, Ol’ Dirty Bastard. So then I did it, and I made a nice little cool video. And they sent me to New York, and I made it to the Top 20 but I didn’t make it on the show, obviously. But I’m so glad I didn’t, because who knows what I would’ve been up to right now if I had been a reality star.”

On training after that: “But then I kept — I actually kept in contact with Al Snow. He actually remembered me from all those people. And then I kept seeing him on the Indie scene. Because when I got back home, I called up Eddie Sharkey, who trained The Road Warriors, Shawn Daivari, Austin Aries, Ken Anderson, and I started training. And bam, yeah.”

On MTV being down on her for Tough Enough: “MTV was what they were on. And WWF actually liked me. They were like, ‘Oh yeah, we see something in her.’ But MTV said, ‘No, she doesn’t have a story. She wasn’t,’ you know. They actually were asking me questions if I was a lesbian. They were like, ‘Do you like women?’ I said, ‘No, I like men.’ They were like, ‘You sure?’ I’m like yep, I love — yes, I love men.”